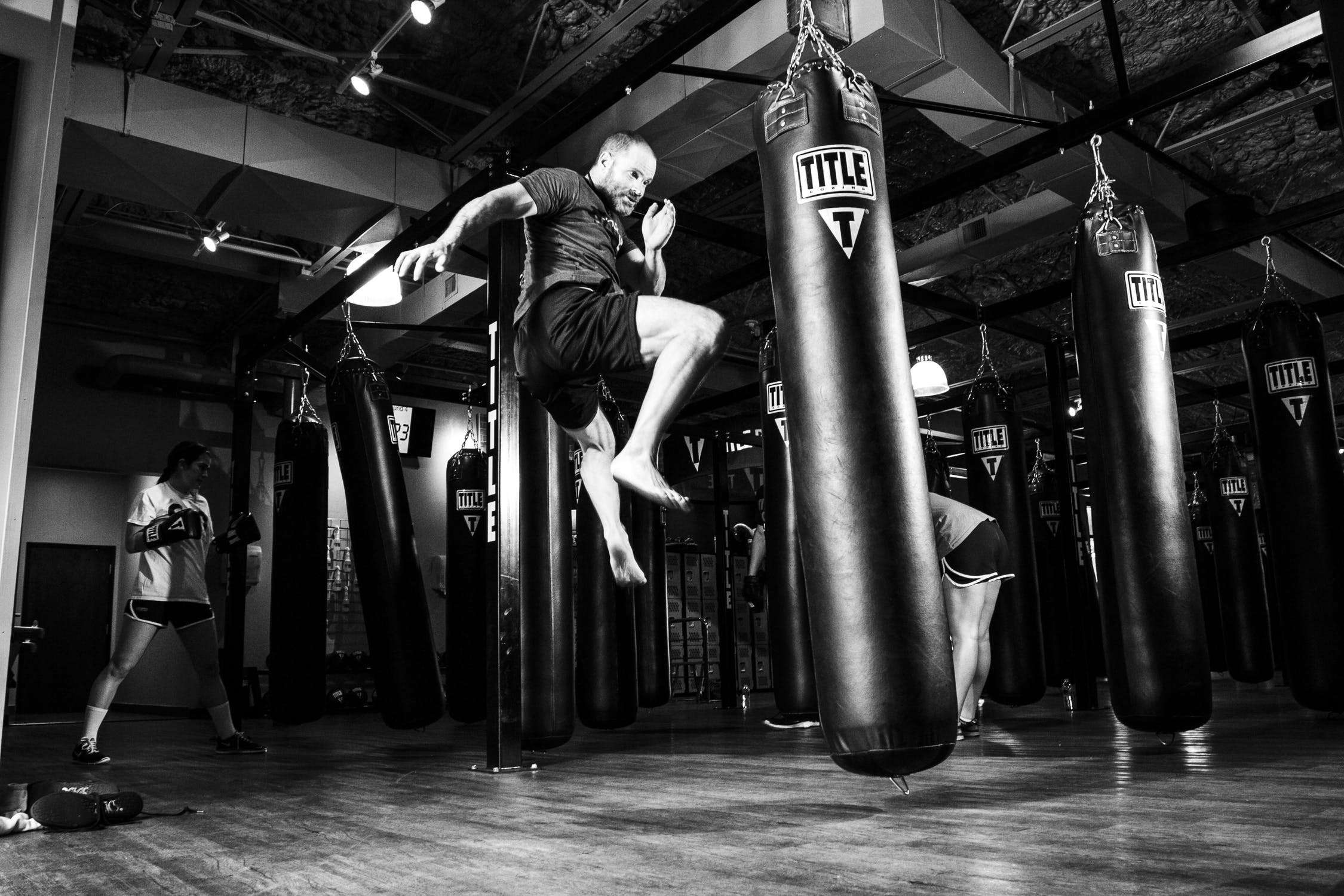 How You Can Benefit from Concurrent Training

If you have ever taken multiple medications at the same time, you may be familiar with the term ‘drug interaction’. This often refers to side effects resulting from combining two or more medications.

You are also likely aware that drugs should be prescribed and dosed properly. Well, the science of exercise physiology is beginning to sharpen enough that exercise can be prescribed, much like a drug.

Doing both aerobic and resistance training is known as concurrent training. But if we view exercise as a drug that can be prescribed, is there such a thing as ‘exercise interaction’ with concurrent training? After all, plenty of drug combinations can interact.

This article will explain how aerobic and resistance training interact, why that’s not a bad thing, and what concurrent training guidelines you need to be following in and out of the gym.

How Do Aerobic and Resistance Training Interact?

If you haven’t read about what aerobic and resistance each do for your health, it’s worth having that as a background before delving into concurrent training.

Aerobic and resistance exercise impact your body differently, so it follows that they each cause adaptations via different mechanisms.

The science of molecular signaling is beyond this article, but essentially, signals for aerobic adaptation can interfere with signals for resistance adaptation, and visa versa.

Molecular interference with exercise adaptations may sound troubling – like aerobic and resistance training could block each other’s adaptations. But in practice, that’s not how it works.

ADAPTATION TO CONCURRENT TRAINING IN PRACTICE Even though the groups had a couple differences in molecular responses, the resistance portion of concurrent training was able to ‘override’ any aerobic molecule signaling that would prevent the muscles from adapting.

So strength and size adaptation can be impacted by adding aerobic to resistance training, but what about power development? Power is a measure of how quickly you can produce force, and it’s important for everything from getting up stairs to kicking a soccer ball.

A meta-analysis (a review of many other studies), concluded that power adaptation generally suffers with too much concurrent training compared to resistance only training.

But don’t lose hope – you still develop more muscular power from concurrent training than aerobic training. Plus, certain types of aerobic exercise affect power more than others. More on that soon.

At the least, there’s no need to worry that doing concurrent training will negate your aerobic adaptations. At best, you could stand to benefit from adding resistance training to your aerobic program.

Aerobic endurance athletes across the board may benefit – cross-country skiers and cyclists become more efficient with strength training when it is properly implemented into an endurance-training program.

While aerobic and resistance training certainly affect each other (mainly in muscular power and maximal aerobic fitness gains), that’s not too problematic. It’s definitely not a reason to avoid doing either type of exercise, and may actually improve performance in endurance events. In practice, aerobic/interval and resistance training don’t seem to interfere with each others’ adaptations all that much. But remember that molecular signals from each type of exercise can interact. Understanding a few specifics about concurrent training will allow you to make good decisions about your exercise program.

Earlier, you read that the type of aerobic training determines how it interacts with resistance exercise adaptations. While strength and hypertrophy gains could be diminished by adding run training to a resistance program, cycling does not have the same effect.

Why? Researchers aren’t exactly sure. But it may have to do with two factors:

That means that in some cases the more aerobic training you add to your program, the more you may impact muscular adaptation. So pair your training programs correctly; a running program in conjunction with an upper body lifting exercise may benefit overall, but a running/leg press workout every day could interfere with one another.

Finally, if you’re doing both aerobic and resistance exercise in the same session at the gym, or even in the same day, you’ll want to consider the order in which you do the exercises. It’s basically a matter of prioritization.

If your priority is on building aerobic fitness and performing well in a running race, do your aerobic exercise first in a session, followed by resistance exercise. When the goal is to improve running economy, young men who ran before lifting during each training session outperformed all three other groups.

On the other hand, if your priority is building strength and muscle you’ll want to do resistance exercise followed by aerobic. Well-trained weight lifters’ performance during a strength training session was diminished by doing aerobic exercise beforehand. That meant they couldn’t lift as much weight, lowering the stimulus they got from the workout and likely reducing adaptation.

Then again, those previous two examples involve relatively fit men. The order in which you do aerobic and resistance exercise in a session probably doesn’t matter if you’re untrained. In untrained women the same age as the men in the previous studies, strength, lean body mass, and aerobic fitness all improved similarly whether they did their aerobic or resistance exercise first.

The takeaway: if you’re untrained and haven’t set distinct fitness goals yet, don’t worry yet about the order of aerobic or resistance training. Do both and start exercising your way to health!

Using Nutrition and Recovery to Your Advantage So, concurrent training generally isn’t something to worry about if you’re looking to make overall health gains, and may actually help performance in endurance events.

But there’s still some evidence that the molecular mechanisms responsible for aerobic and resistance adaptations can interfere with each other if you aren’t planning properly. Beyond altering modality, frequency, duration, and order of exercise, what can you do?

It’s important for everyone to be knowledgeable about concurrent training, but three groups should pay particular attention to these principles.

If you live with a disease like type II diabetes or hypertension, concurrent training can almost certainly help.

Of course doing any exercise at all will likely help, but combining aerobic and resistance training can potentially lower your blood sugar more than just one or the other. It can also help decrease system-wide inflammation that leads to cardiovascular disease.

If hypertension is your concern, concurrent may lower your blood pressure just as much as aerobic training alone.

This population is relevant to everyone – aging is unavoidable. But if you happen to be about the age of 65 or older, pay close attention.

For older adults, the order you choose to do endurance and strength exercise probably doesn’t affect aerobic adaptation, but does impact muscular adaptation. To make sure you get the strength gains you may be striving for, do your resistance training first, followed by aerobic exercise. If you’re just going to the gym to stay healthy, there’s no need to worry about any interference when combining training methods. Even if there is a minor tradeoff of slightly less aerobic or power adaptation to your training, the benefit of gaining both aerobic and muscular fitness is well worth it.

For many athletes, it’s almost essential they do proper resistance and aerobic training in order to gain a competitive edge. That’s especially true for endurance athletes like runners and cyclists. Older adults and most patients with cardio-metabolic disease also benefit.

To get the most benefit from your hard work at the gym, make sure to use these tips:

Chances are that concurrent training is right for you, so go get started!

Max Gaitán, MEd is an exercise physiologist and a USA Triathlon Certified Coach. When he’s not coaching, studying, or writing, Max spends most of his time outdoors training for triathlons.