Editor’s Note: This post was updated on November 7, 2018, for accuracy and comprehensiveness. It was originally published on March 21, 2017.

When it comes to improving body composition, there are some obvious factors for success (such as eating the right amount of healthy foods and following effective exercise routines).

There’s one more factor for success that most people don’t think about: forming healthy habits.

Diet and exercise along with regular body composition analysis are important tactics. But you also need a strategy or game plan for how you’re going to stick with those goals day in and day out.

In this article, we’ll cover new research that help advanced our understanding of habits, (such as the cues, routines, and rewards cycle) show you exactly how to break those pesky unhealthy habits , and how to improve your success by developing healthy ones.

The Science of Habits: A Brief Primer

One paper published by a team of Duke University researchers found that over 40 percent of the actions you take each day aren’t actual decisions … they’re habits.

This has huge implications on improving your body composition.

When you form a habit–whether it’s a good or bad one–your brain stops fully participating in decision making and diverts its focus to other tasks. These are patterns that unfold automatically in your brain.

This explains why it’s so hard for many people to stick to a exercise routine, change how they eat, and make sustainable change to their body composition.

Once you develop a negative routine of sitting on the couch when you get home from work every day rather than exercising … or reaching for the box of cookies every time you open the pantry door, those negative patterns become automatic and wired in your brain, which makes them hard to break.

However, the good news is you can create new neurological routines that overpower those behaviors, and make those unhealthy habits a thing of the past.

Here’s how behavioral scientists from MIT recommend doing it …

While there’s no exact formula to building a habit that sticks, in the book The Power of Habit, author Charles Duhigg interviewed a team of MIT researchers, who discussed a framework they say forms the core “loop” for every habit. By understanding this framework, we can improve our success.

As mentioned, the thing that holds many people back from improving their body composition and accomplishing their health goals are unhealthy habits. So the first step is to isolate and understand those unhealthy behaviors

Let’s say your morning routine is to eat a bagel with cream cheese and large coffee with cream and sugar for breakfast. What makes this habit potentially unhealthy is the extra calories from the cream cheese on the bagel and the cream/sugar in the coffee. Yet for some people this is rather attractive: the food tastes good, and the high calorie meal plus the coffee gives energy in the morning (not to mention a bit of a sugar rush to boot).

It’s easy to create a routine around this experience: your routine might be you skip breakfast at home, arrive at work, stop at your desk to turn your computer on, then head to the cafeteria for your bagel and coffee.

Step 2: Identify the reward(s) and adjust your routine

So in the above example, the reward is the delicious taste of that bagel and/or the energy boost you get from that cup ‘o Joe.

As you have no doubt experienced, rewards are powerful because they satisfying cravings.

When you identify a habit you know is hindering your health goals, it’s useful to experiment with different rewards to help you overcome those cravings.

It’s important to note these are experiments. The point is to test different hypotheses to determine which reward is driving your routine. If the bagel itself is the reward, then you know you’re eating it because you’re hungry and you enjoy the taste of it. But sometimes our motivations and rewards aren’t as clear as they appear to be. You may not be craving the bagel itself … maybe just a break from work or an opportunity to socialize with some of your co-workers.

Isolating the reward and adjusting your routine are important factors to be aware of when it comes to the implementation of a new habit. There are a couple more steps to help you increase your odds of success though …

To identify the cue (or trigger that’s driving your behavior), do what psychologists do: identify categories of behaviors to help you find patterns.

Nearly all habitual cues fit into one of five categories:

So if you want to figure out your cues for “going to the cafeteria and buying a bagel and coffee” habit, write down answers to these 5 questions as soon as the urge hits:

Do this for several days in a row and you’ll start to see patterns emerge and start pinpointing cues. Once you understanding patterns and cues, you can move on to the fourth and final step.

Once you’ve figured out your routine, reward, and cue, you can then begin to shift the behavior.

Science shows that forming implementation intentions is an effective strategy for turning unhealthy habits into healthy ones.

Implementation intentions are if-then plans that spell out in advance how you intend to accomplish a set goal.

So, if you want to change your morning bagel habit, once you’ve identified your cue (hunger), your routine (you arrive to work around 8 a.m., turn on your computer, and walk down to the cafeteria), and your reward (the bagel and coffee), you can plan your strategy by writing down if-then statements about what you intend to do.

You can use this strategy to begin understanding your unhealthy habits and turning them into positive, healthy ones. It can definitely help you to improve your odds of accomplishing your body composition goals faster and more efficiently.

Obviously, some habits are harder to break than others. People who are obese, for example, may be more susceptible to environmental food cues than their lean counterparts due to differences in brain chemistry that make eating more routine and less rewarding, according to a National Institutes of Health study published in Molecular Psychiatry.

Another important caveat: when forming implementation intentions, focus on what you will do … not what you won’t. Science shows this approach doesn’t work.

Here’s a useful framework to developing a positive, healthy habit developed by a team of researchers from the Health Behaviour Research Centre at University College London:

So you know about cues, routines, and rewards. You’ve seen how setting implementation intentions can help you break those unhealthy habits faster.

But there’s one more piece of the puzzle we haven’t talked about yet. And for many, this can be an important factor in creating sustainable behavior change.

Here are the key differences between the two: Long story short, people with a growth mindset believe they can improve their abilities and create successes by working hard, practicing, and learning. They take on challenges even at the risk of failing. They embrace failure because they know they’ll learn valuable lessons from it.

And those things can make a big difference when it comes to doing things like losing weight and building lean body mass.

How to Cultivate a Growth Mindset

How the question becomes, how do you change a mindset that may be holding you back?

This is what Dweck suggests in her book:

Every single person on the planet, no matter how successful, has negative thoughts sometimes. In the health and wellness world, we hear things like:

When this happens, simply recognize and accept it. Then try this …

Remember implementation intentions from above? Write down what you intend to do and frame it in a positive manner. Here are a few example:

Truthfully, this is the hard part for a lot of people. We read, research, analyze, and plan … but when it comes time to take bold, massive action we struggle.

Here’s the good news though: once you form those healthy habits, they have a “snowball effect” that compounds into other healthy behaviors.

In The Power of Habit, Charles Duhigg calls these keystone habits.

For example, people who start exercising regularly often end up eating and sleeping better because exercising is a “keystone habit.”

Tracking the food you eat is another keystone habit. In one study, participants who kept food journals lost twice as much weight as those who didn’t. The research team determined that the keystone habit of recording meals created a structure that allowed other habits to flourish.

Using the Cue-Routine-Reward formula can be an important-yet-overlooked part of changing your body composition levels.

If you’re trying to turn an unhealthy habit into a healthy one, choose a cue, such as going to the gym as soon as you wake up, and identify the reward, such as the endorphin rush you get after a good workout (Note: be careful with food-based rewards because these can quickly create a calorie surplus and destroy your body composition goals). Then put in the work and make it part of your routine.

Only when you brain starts expecting the reward–craving the endorphins or sense of accomplishment–will it become automatic to hit the gym each morning.

How you think (mindset) can also have profound implications on your ability to form healthy habits. If you believe you can change and take bold action to break your unhealthy habits and implement healthy ones, you’ll drastically improve your odds of success.

Even with the best advice in the world you can’t forget to exercise patience. Whether it’s the implementation of a new routine or breaking a unhealthy habit, change is going to take time.  Just remember to view health improvement as a lifelong process.

In his book Tools of Titans: The Tactics, Routines, and Habits of Billionaires, Icons, and World-Class Performers, Tim Ferriss recounted an interview with former U.S. Gymnastics National Team coach Christopher Sommer. We’ll leave you with this (paraphrased) quote:

The secret is to show up, do the work, and go home. A blue collar work ethic married to indomitable will. It is literally that simple. Nothing interferes. Nothing can sway you from your purpose. Once the decision is made, simply refuse to budge. Refuse to compromise. And accept that quality long-term results require quality long-term focus. Learn to enjoy and appreciate the process … because you are going to spend far more time on the actual journey than with those all too brief moments of triumph at the end. 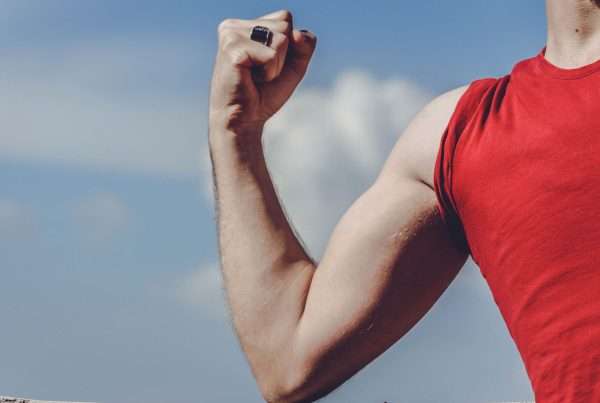 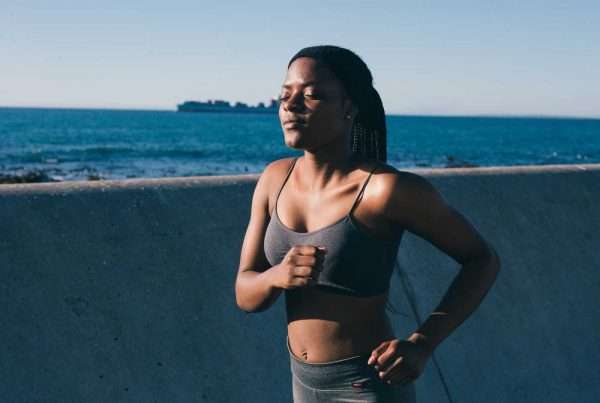