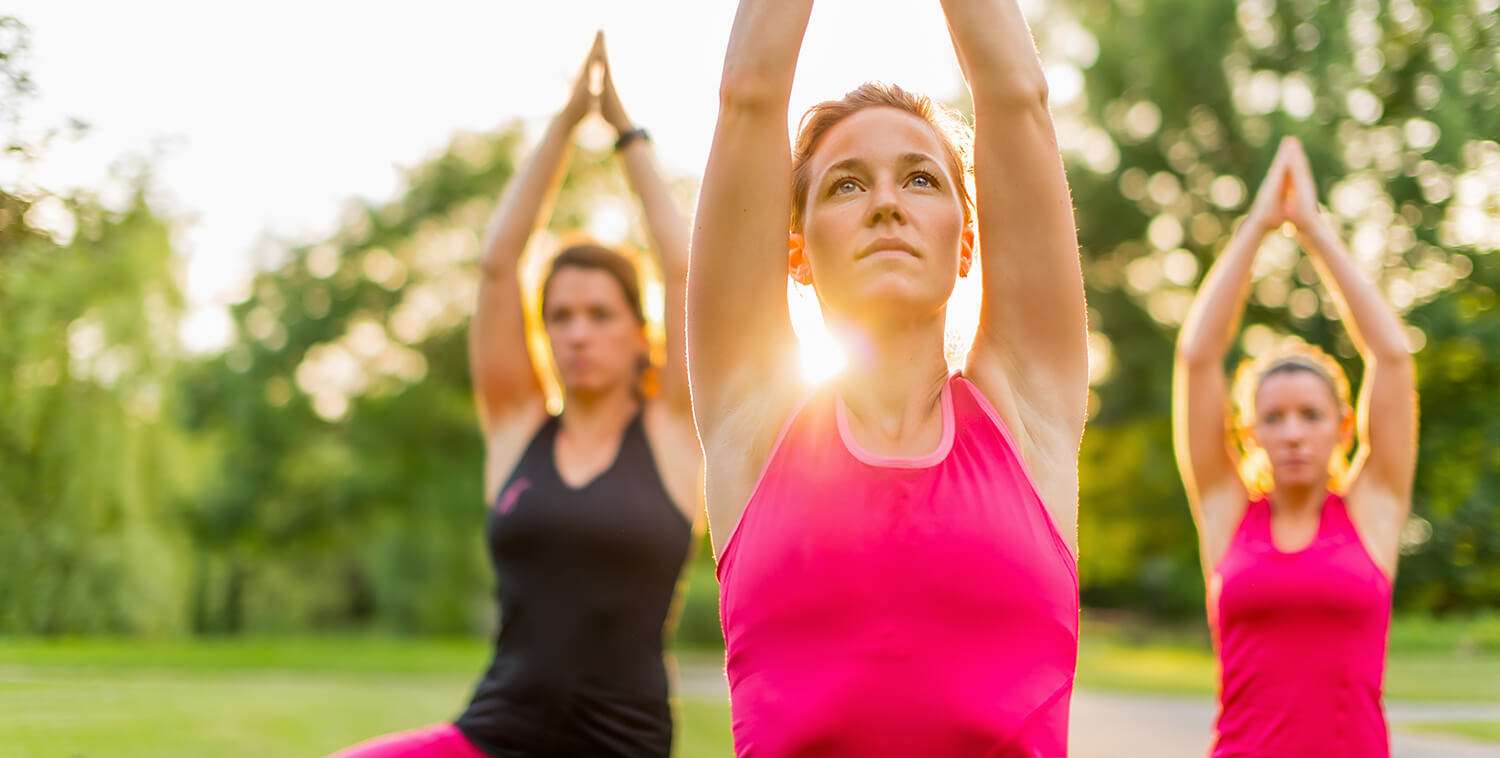 Maintaining a healthy body weight has always been associated with self-discipline and willpower. You count calories. Do portion control. Work out first thing in the morning three times a week.

Although weight loss may be accomplished by submitting yourself to these rigid, disciplinarian tactics, the minute you’re frustrated with your co-workers or get sick for a week, portion control goes out of the window. Exercise can easily take the backseat when you have kids ages 3 and 5, go through some financial stress, or have an aging parent to take care of.

The reality is that shedding the unwanted pounds is not the hardest part of weight loss. It’s keeping the weight off for good despite life’s occasional curveballs.

Or should you resign yourself to the fact that you’ll eventually regain what you’ve lost?

Does it all boil down to having loads of willpower? Or is there more to self-control that’s involved in long-term weight loss sorcery?

To find out we’ll take a closer look at the current research behind weight loss maintenance. You’ll also learn science-backed, actionable steps to staying lean and healthy for good.

Just a month ago, the New York Times reported the findings of a study examining the changes in body composition and resting metabolic rate (sometimes referred to as basal metabolic rate, or BMR) of 14 individuals who were previous contestants of The Biggest Loser, a weight loss reality show.

Six years after the contestants’ season, lead researcher Dr. Kevin Hall and his team found out that:

Aside from the subjects as former contestants of a popular reality show, Hall’s research gained public attention because their findings indicated that successful long-term weight loss requires more than just willpower.

A Tale of Two Surprising Findings

First, the researchers found out that the BMR (Basal Metabolic Rate: the amount of calories your body burns when you’re not moving) of the contestants plummeted after weight loss.

While these findings are not new  – such phenomenon is often referred to as adaptive thermogenesis or metabolic adaptation and has been known to health professionals for some time –  what surprised the researchers was how the BMR numbers didn’t get a boost as expected when the contestants started to regain weight.

Next to a sluggish BMR, the study found out another known weight loss fact   —  the blood concentrations of leptin (the hormone responsible for food satiety) among the contestants went down after significant weight loss.

On top of this, the researchers uncovered a second surprising finding. While the contestants’ leptin levels increased within the 6-year research, they never went back to their baseline levels, just before the contestants joined the show. Leptin acts as your internal cop by telling your brain to put down the fork and knife, and generally, having more body fat correlates with having more leptin. Losing fat – and by extension leptin –  can eventually lead to constant cravings and late night binges, making weight regain all the more likely.

As Dr. Michael Rosenbaum, obesity researcher at Columbia University, pointed out in the aforementioned New York times piece, the difficulty in keeping the extra weight off reflects biology, and not merely a pathological lack of willpower.

All Hope Is Not Lost So what does it take to get rid of the unwanted pounds for good when your body’s working against you?

The good news is that long-term weight loss is influenced by a whole cocktail of factors, and is not just limited to your basal metabolic rate and leptin levels.

To help you achieve your ideal body composition, you can take several steps to ensure that you keep the weight off for the long haul.

It’s not impossible: a 2014 study revealed that that more than 87 percent of participants from the National Weight Control Registry  maintained at least a 10 percent weight loss 10 years after the study. The researchers concluded:

The majority of weight lost by NWCR members is maintained over 10 years. Long-term weight-loss maintenance is possible and requires sustained behavior change.

What might some of those sustained behavior changes be?

The current research on long-term weight loss obviously illustrates that going aggressive on your exercise or limiting your food intake to diet extremes isn’t sustainable at all.

Consider the routine of one of the Biggest Loser contestants:

Wake up at 5 a.m. and run on a treadmill for 45 minutes. Have breakfast — typically one egg and two egg whites, half a grapefruit and a piece of sprouted grain toast. Run on the treadmill for another 45 minutes. Rest for 40 minutes; bike ride nine miles to a gym. Work out for two and a half hours. Shower, ride home, eat lunch — typically a grilled skinless chicken breast, a cup of broccoli and 10 spears of asparagus. Rest for an hour. Drive to the gym for another round of exercise.

Such a routine is unrealistic to try to sustain over the long-term.

If you’re struggling with extra weight, it’s likely because you don’t have the time to exercise or prepare your own meals. Not everyone can take a long time off from work to emulate this contestant’s routine.

To truly lose weight for the long haul, it’s important to understand that there’s more to burning calories at the gym, or eating less of this and that.

While the “eat less and move more” philosophy may work for a while, the following science-backed ways prove that sustained weight loss maintenance is possible. Think Jenny Craig, Take Off Pounds Sensibly (TOPS), and Weight Watchers. Or even that health and wellness spa near your workplace.

In a presentation at the 2016 Society of General Internal Medicine Annual Meeting, researchers at the Colorado Anschutz Medical Campus revealed their findings after monitoring 65,000 overweight or obese people who joined Take Off Pounds Sensibly (TOPS) between 2005 to 2010. They found out that consistent participation in the program motivated overweight participants to sustain their new healthy weight after a year of massive weight loss. Here’s an excerpt of the press release:

Of the patients with significant weight loss in the first year who participated in the second year, 80% kept off the weight. Each year, during years three to seven, roughly 90% of patients who continued participation in the program maintained their weight loss.

These findings demonstrate that spending more time with a community who supports each other even after you reach your weight loss goals is one of the best ways to keep the weight off. The American Psychological Association even agrees.

Have you noticed how you’re hungrier than usual when you only slept for five hours the night before? Before you know it, you’re reaching out the pint of ice cream in the fridge.

It turns out that being sleep-deprived  leads to higher ghrelin (the hunger hormone) levels and lower leptin. Plus, there’s already an association between lack of sleep and obesity.

In addition, not getting enough shut-eye also makes your immune system go haywire. When you’re sick, you don’t feel like exercising, right?

Prioritize getting enough sleep for a week and notice how you feel and think about food intake, exercise, and your energy levels in general.

3. Don’t eat anything your great-great-great grandmother wouldn’t recognize as food. Okay, we stole this from Michael Pollan, author of multiple books and one of the most outspoken figures when it comes to food and sustainable farming in the country today.

Mr. Pollan is into something here. Clearly, what he’s encouraging us to do is to opt for whole, minimally processed food sources and cut back (until you can eliminate!) on processed, refined meals. Not to mention that these types of food are often served in massive portions.

The key to sticking to your healthy body weight is to dedicate time to plan for your meals. If you can binge-watch on Game of Thrones over the weekend, why not make a weekly menu and come up with a list of ingredients that you need for the entire week? Thanks to the internet, you can find recipes that will only take a short time to prepare (or you can do batch cooking!) yet are waistline-friendly at the same time.

Too busy to do your morning run or the usual hour-long swimming session? Enter the short, explosive moves of high-intensity interval training (HIIT).

The reason why HIIT has become so popular is that it’s been proven to really work by improving VO2max and body composition in subjects of both genders across all levels of fitness. It’s definitely worth checking out.

Here’s a neat HIIT guide by the American College of Sports Medicine. If you’re not motivated enough to take a break away from your workstation (browsing Reddit on your phone doesn’t count!), this short video will!

Long-term weight loss is definitely possible if you rethink the way you view what healthy weight loss truly means. Instead of fretting over calorie counts and the number of jumping jacks you’ve done, pay special attention to the quality of your food intake and physical activity.

If you give it some time and stick with it, your weight loss story will be a success story.

***
Kyjean Tomboc is a nurse turned freelance healthcare copywriter and UX researcher.  After experimenting with going paleo and vegetarian, she realized that it all boils down to eating real food.