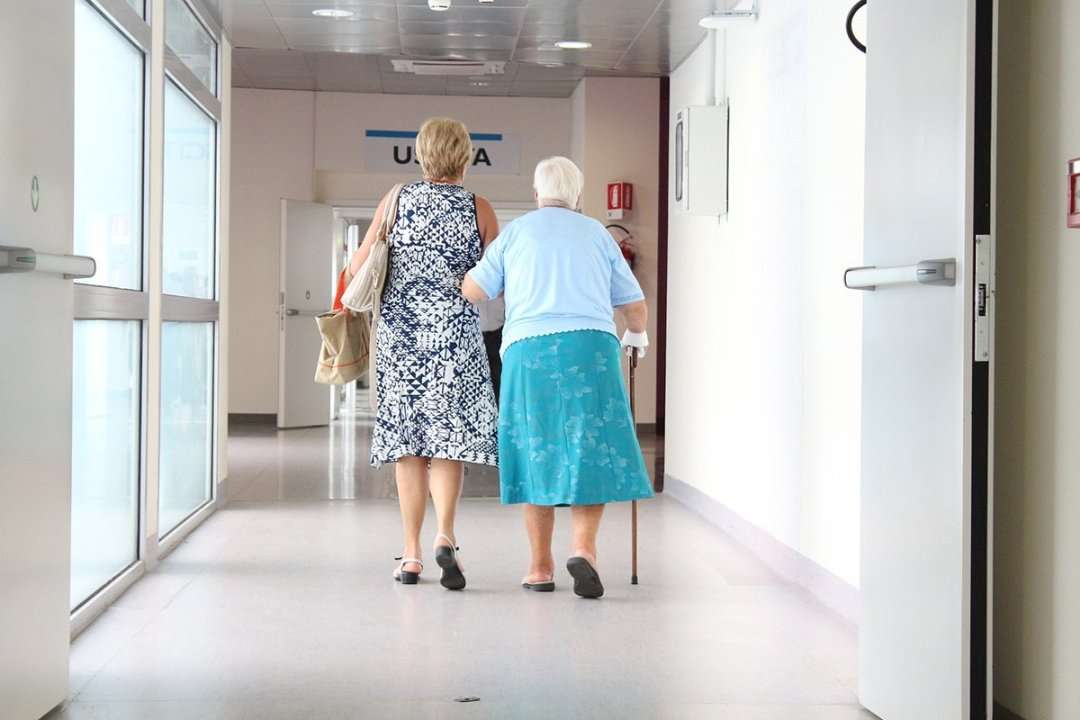 What You Can Do About Malnutrition?

By InBody USASeptember 20, 2018No Comments

When it comes to malnutrition, most the focus—and rightly so—is on severe malnutrition in developing countries where lack of access to food has tragic consequences.

This condition can have debilitating effects on body composition, quality of life, and independent living. But malnutrition among older adults in developed countries is more widespread than most people realize.  How can malnutrition coexist in countries that have an obesity epidemic?

Technically, malnutrition is an umbrella term including overnutrition (i.e. obesity) and undernutrition. Just as important as fighting increasing obesity, it’s important to understand how various aspects of aging can make it difficult to consume all the essential nutrients the body needs.

The good news is that malnutrition is easily diagnosed, managed and even reversed. As we continue we will be discussing treatment and prevention, but first let’s raise awareness about the issue itself.

The What, Who, and Why of Malnutrition and Aging

The World Health Organization defines malnutrition as “deficiencies, excesses or imbalances in a person’s intake of energy and/or nutrients”. Protein-energy deficiency is one of the most common forms of malnutrition and this health condition has an immediate and negative impact on body composition. This deficiency wreaks havoc on skeletal muscle mass in particular, as the body eventually goes into starvation mode and breaks down its own protein (stored in muscle) for fuel.

Micronutrient deficiency is a lack of nutrients, like minerals and vitamins, that support important bodily processes like cells regeneration, your immune system, and even eyesight. Some common examples are iron or calcium deficiencies. Micronutrient deficiency has the greatest impact on normal physiological functions/processes and can actually occur in conjunction with protein-energy deficiency since most micronutrients are obtained from food.

Although nutritional deficiencies of certain micronutrients can impact processes such as building and repairing muscle, protein-energy deficiency has a more pronounced effect on body composition due to the fact that lowered protein intake can lead to more drastic losses in muscle mass. The American Society for Parenteral and Enteral Nutrition (ASPEN) defines several features of malnutrition and nutritional deficiencies in adults:

WHO IS AFFECTED, AND WHY? You would assume that adults spending time in rehabilitation centers or hospitals should be well nourished since they have a range of staff taking care of them, right?

In theory, yes. But in reality, things are more complicated.

According to a study of over 4,000 individuals, approximately 40-50% of patients in rehabilitation centers and hospitals are malnourished, compared to 14% in nursing homes and just 6% in independently dwelling adults. These are staggering differences, but the numbers should be put in context.

WHY YOU SHOULD CARE, EVEN IF YOU ARE NOT DIRECTLY AFFECTED

Malnutrition really is an important issue in that it takes a high toll on people afflicted; on top of that is the associated economic cost that extends the burden beyond the malnourished individual. Massive medical bills strain individuals and their families and consume significant amounts of healthcare resources.

In a study of almost 2000 older adults, health care costs for malnourished adults were more than double those for non-malnourished adults. More visits to general practitioners and hospitals equals higher cost.

However it is worth noting that although treatment for malnutrition can add up in cost, the sooner the treatment, the better. Intervening with treatment called oral nutritional supplementation (ONS) does add to healthcare costs, but according to an economic model analysis, the cost of ONS treatment is more than offset by the long-term reduction in hospital admissions as a result of treatment.

In other words, treating this condition sooner not only makes sense for health reasons, it makes sense economically.

How Body Composition Changes During Malnutrition

Now that we have covered the “What”, “Who”, and “Why”, let’s discuss the “How” malnutrition affects body composition.

Most adults experience a natural shift in body composition as they age, partly thanks to a decrease in physical activity. What might accelerate and worsen that shift?

While Fat Free Mass starts to decline in the middle of adulthood, it drops at a concerning rate by the time adults reach their 80’s. Coupled with a decrease in functional health, it’s clear that unfavorable changes are happening.

Adding protein-energy deficiency into that mix makes the situation even more concerning. Researchers comparing elderly and middle-aged malnourished adults found that the elderly group was more prone to losing Fat Free Mass than fat mass and this may come down to not taking in enough nutrients to support and maintain muscles and their function.

In other words, undernutrition exacerbates the issue of muscle loss and those that are malnourished are more likely to tap into their muscle protein for fuel rather than those pesky fat stores (which are designed to be our energy-stores).

That matters because malnourished older adults are already at an increased risk of mortality. On top of that, losing muscle makes it difficult to perform those normal activities of daily living. As you burn through muscle protein, functional capacity declines, and loss of independence and malnutrition ensues In light of the fact that malnutrition is more prevalent than most would think,what are the warning signs you should you look out for? It’s a tough problem to assess, and catching it before significant changes in body composition or muscle mass occur is best. However, watching out for these risk factors can be helpful in determining your likelihood of malnutrition or the severity of muscle loss.

Just because malnutrition can be difficult to spot early on, doesn’t mean all is lost. There are a variety of risk factors and health problems to be aware of and recognize. Here is a list of a few.

The first step to addressing the undernutrition problem is to make people aware of the problem. Research shows that among cancer patients (a nutritionally at-risk group) at home, nearly 25% do not receive nutritional support or counseling despite receiving other health care.

If you don’t recognize a problem, you can’t do anything about it.

Before getting into actual treatment, here are a couple strategies to address malnutrition risk factors head on. If you do find yourself, or a patient, facing malnutrition, oral nutritional supplementation (ONS) is one of the most promising treatments you can use.

Most nutritional supplements you are familiar with probably come in pill form, like Vitamin A or Vitamin D, but ONS is in liquid form. Boost and Ensure (though not necessarily brands we are recommending- please do your research on fitting the ingredients to your specific needs) are some common brand names, and there are dozens of more options out there in a variety of flavors and formulas.

The science behind ONS is substantial. It counteracts malnutrition and related comorbidities in adults ranging from hospitalized hip fracture patients to frail community-dwelling elderly adults.

An analysis of 36 studies on high-protein ONS found that it increases calorie intake by more than 300 calories per day and protein by over 20g per day, slightly increases body weight, and improves muscle size and strength. That’s all from drinking just a daily 8 oz. shake.

Of course, getting your nutritional needs in by consuming real food is better than relying on supplements. However, when it comes to malnutrition it’s critical to get enough protein, vitamins, minerals, and calories, making supplements often necessary to round out the diet.

Getting enough real food is tough if it’s difficult to swallow or your sense of taste and smell start to go (or down). That’s why researchers experiment with ‘densification’ of real foods. Densification involves adding calorie and protein content without changing the types and quantities of food. The idea is to get patients to consume more nutrients without feeling overburdened by large meals, and it works.

Elderly adults who prefer smaller meals consume more calories across breakfast and lunch when foods are ‘densified’. This strategy can even be implemented at home. To add calories and protein to the foods, researchers simply replace water in recipes with extra fats and dairy.

Whether ONS, food densification, or just adding more food to the diet, increasing calories and the range of vitamins and minerals will certainly offset malnutrition and its associated effects.

WHERE DOES EXERCISE FIT INTO ALL THIS?

In some ways, ONS to a malnourished older adult is like protein powder to a bodybuilder. It’s not the only way to build muscle and work towards body composition goals, but it sure does help.

Malnourished older adults and bodybuilders also have this in common: their bodies require a nutritional and exercise jumpstart in order to build muscle.

Researchers recently gave older adults with sarcopenia, or a significant loss of muscle mass, a whey protein shake along with a progressive strength training program. By the end of the study, almost 70% of the participants reversed many of their symptoms.

Part of their success was probably thanks to a dedicated team of researchers keeping them on track with the study. Social support is important for frail older adults who want to use nutrition and exercise therapy to regain a healthy body composition. It can be as simple as asking a family member or friend to come by a couple times per week to help keep you on track..

Wrap-Up: Your Next Steps By the time someone becomes clinically malnourished or frail, their eating and exercise habits have likely been insufficient for a long time. With some exceptions in disease-related malnutrition, this is not something that happens overnight.

So what can we do to increase awareness, maintain our well-being, and prevent these conditions associated with malnutrition? Keeping a healthy, well-rounded, and calorically full diet with regular exercise is the best method of prevention.

Ignoring nutrition will gradually work against your body composition, just as your smell and taste can eventually decline and various other factors we’ve discussed set in to increase the risk for malnutrition. But forming a few key dietary habits before the effects of aging truly appear can help you prevent poor outcomes later in life.

By avoiding or treating malnutrition and maintaining your body composition, you can continue on to age gracefully… who wouldn’t want that?

Max Gaitán,MEd is an exercise physiologist and a USA Triathlon Certified Coach. When he’s not coaching, studying, or writing, Max spends most of his time outdoors training for triathlons. 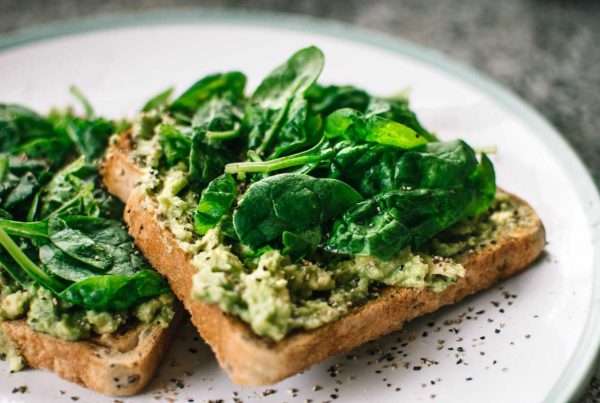