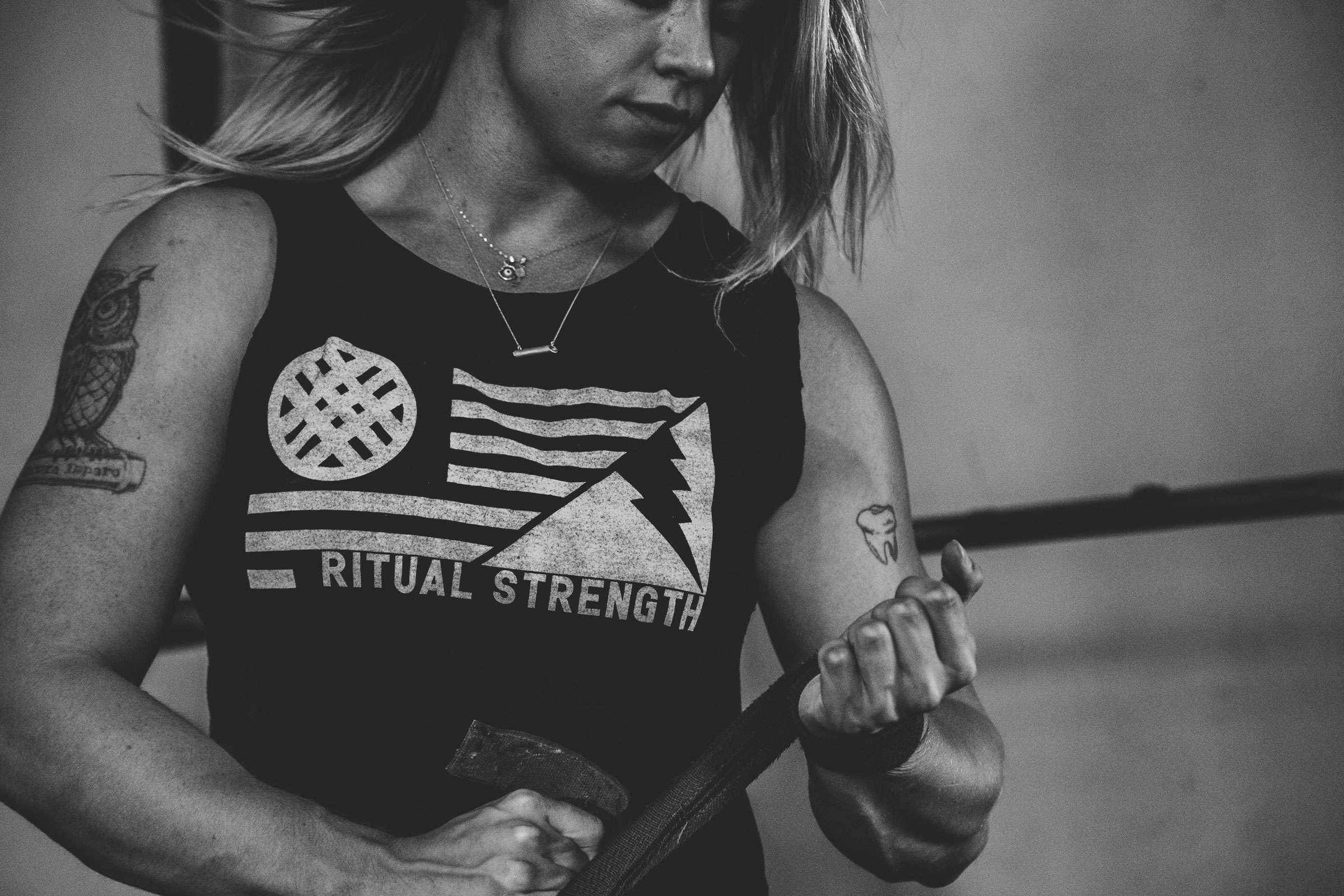 By InBody USANovember 28, 2018No Comments

Beauty standards come and go, but I’m willing to bet your vision of an ideal body right now isn’t as healthy as you think.

A person’s perception of fitness develops from complex physiological experiences and psychological feelings. What you see on billboards, television and social media all influence your perceptions of health and fitness. Your upbringing, as well as the cultures you live and work in, also contribute to your perception.

The problem with perception is it’s just that: a thought, belief, judgment, or impression shaped by a variety of factors. People perceive things differently, and that goes for health, too. Just because you grew up thinking a certain body type was fit doesn’t mean it actually is.

Take supermodels, for example. For a long time, despite being unattainable for the average person, extraordinarily slender bodies were touted as an ideal. People thought model-esque bodies were fit bodies, when in reality many models took part in extreme and unhealthy practices like eating cotton balls to stay thin.

That’s just one example of a flawed impression of health, but misperceptions are abound.

In fact, many people misperceive even their own health and fitness levels. Psychological factors such as altered emotional states, body image, social desire, and self-worth affect the validity of your perception.
For example, the morning after a night out full of eating and drinking, you might feel less fit and weaker than usual.. After a week of nutritious meals and a new deadlift personal record, however, you’d probably feel strong, fit and healthy. This is because your accomplishments, or lack thereof, have caused your perceptions to change about your body and what it can do.

The Truth About Aesthetics and Health 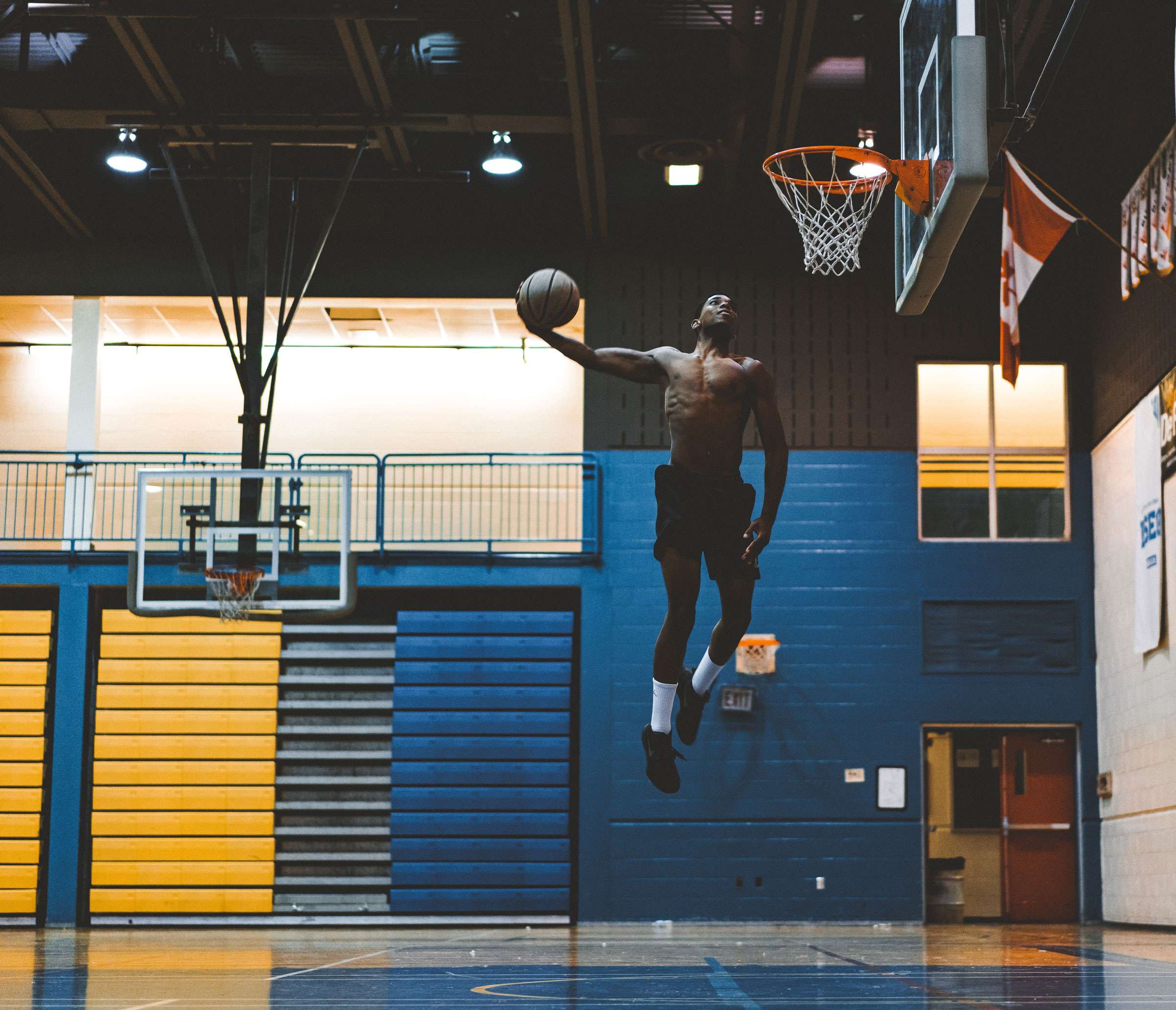 Put simply, a healthy body generally produces a decent physique, but an idolized physique is not necessarily a product of a healthy lifestyle.

Take the classic example of bodybuilders: They’re strong, lean and vascular, but a shocking number of bodybuilders die prematurely due to heart failure or kidney and liver problems. This goes for male and female bodybuilders alike. The Internet is home to long lists of bodybuilding pros who died in their 30s and 40s, primarily after sport-related health conditions.

Perhaps more surprising is the fact that professional wrestlers – another group of athletes who usually exhibit healthy-looking bodies – are prone to the same causes of death.

Diverging from the sports standpoint, social media is another place where we see coveted physiques that belong to people who aren’t necessarily healthy.

In fact, Instagram is suggested to perpetuate eating disorders and skewed body images in girls and women. The photo-centric site harbors endless images of slim, attractive, toned women. Whether the images are edited or not, they pose a strong influence on viewers’ perception of what a fit body looks like.

Jordan Younger, a popular health and food blogger, famously admitted to suffering from orthorexia nervosa in 2014. Orthorexia is an obsession with eating foods one deems as pure, healthy, or “good.” Despite living a “gluten-free, sugar-free, oil-free, grain-free, legume-free, plant-based raw vegan” life – and maintaining a fit-looking physique – Younger was far from the healthy status she promoted.

So why is it that someone can look so healthy but be, in fact, less healthy than someone who carries extra weight or enjoys eating foods that some might dub “bad”?

The short answer is that eating and exercising for health doesn’t always result in the standard image associated with fitness. In fact, most people who meet or even exceed the federal Physical Activity Guidelines for Americans don’t have six-pack abs, developed quads, or any other typical physical marker of fitness.

Many metabolically healthy people – meaning that they have no existing conditions like hypertension, high cholesterol or triglyceride levels, elevated fasting blood sugar, etc. – might sit at the upper end of “average” or the lower end of “above average” on the body composition scale.

Even being “underfat” is a sorely misperceived condition. It’s common to assume that having as little fat as possible is healthy. But being lean does not automatically reduce one’s health risk. Lack of body fat can lead to as many – and the same kinds of – health complications as excess body fat.

The Health Markers You Should Really Care About 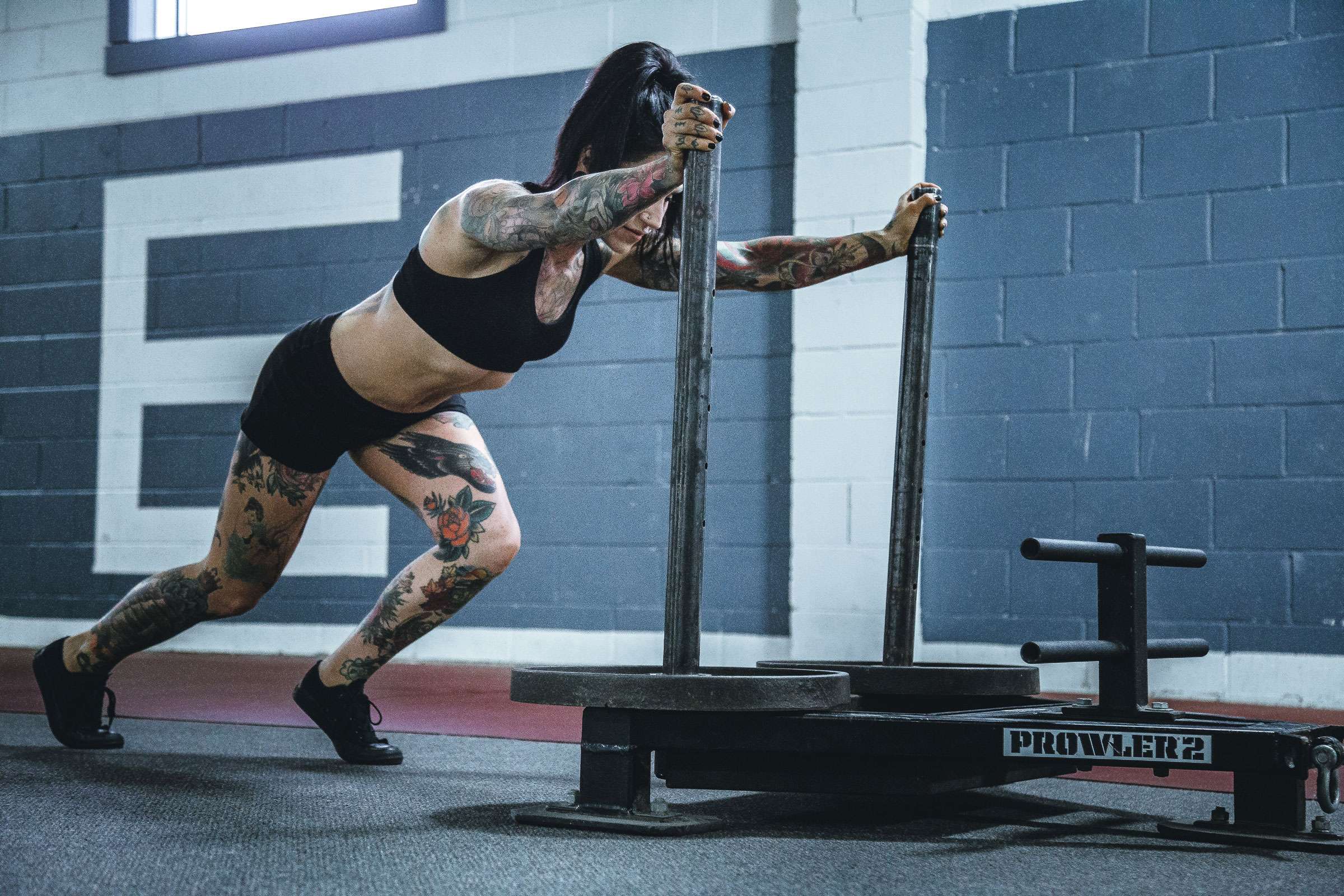 Weight and body mass index are two of the longest-standing and most commonly used measures of health, despite well-documented evidence that they really aren’t that insightful for the health status of many people.

BMI is the ratio of a person’s weight to height. Adults fall into one of four categories: underweight (BMI of 18.5 or below); normal (BMI of 18.5 – 24.9); overweight (BMI of 25.0 – 29.9); or obese (BMI of 30.0 or greater). The problem with BMI is that its one-size-fits-all approach is flawed, and it inaccurately categorizes many people when interpreting health.

Data shows there are tens of millions of people who are overweight or obese and are perfectly healthy. Data also shows that many individuals in the normal or healthy BMI range are considered metabolically unhealthy.

Plain ol’ body weight isn’t a great measure, either. We’ve all seen comparison photos of people who weigh the same but look drastically different after changing their diet and beginning an exercise regime. We’ve also seen people who are the same sex, height and body weight but look completely different. This is why understanding body composition is so important.

Body composition describes what our bodies are made up of. Generally, this is discussed in terms of how much muscle and fat you have, but these aren’t the only components of your body composition. Lean mass includes muscle, bone, and water, while muscle mass isolates the skeletal muscle. Fat mass is simply body fat. A body composition analysis quantifies all those components, allowing you to easily assess your leanness as opposed to thinness.

Being thin generally refers to weighing less than the recommended values in age-height-weight tables. Leanness, however, refers to the muscle, bone, and fat composition of one’s body weight. That’s why you should know if you’re “skinny fat” and what to do if you are.

Another physical marker that can indicate increased risk for health complications, is having a higher level of visceral fat. Visceral fat is the fat that surrounds your organs and is centrally located. If one tends to store more fat around their abdominal area there is an increased risk of having greater visceral fat. When it comes to fat storage we want to have more subcutaneous fat than visceral fat, this is due to the fact that high amounts of visceral fat are linked to metabolic diseases like diabetes. Other markers, such as blood pressure, resting and maximum heart rate, and basal metabolic rate, are also helpful in determining one’s health as well.

You Can’t Have It All, and Here’s Why 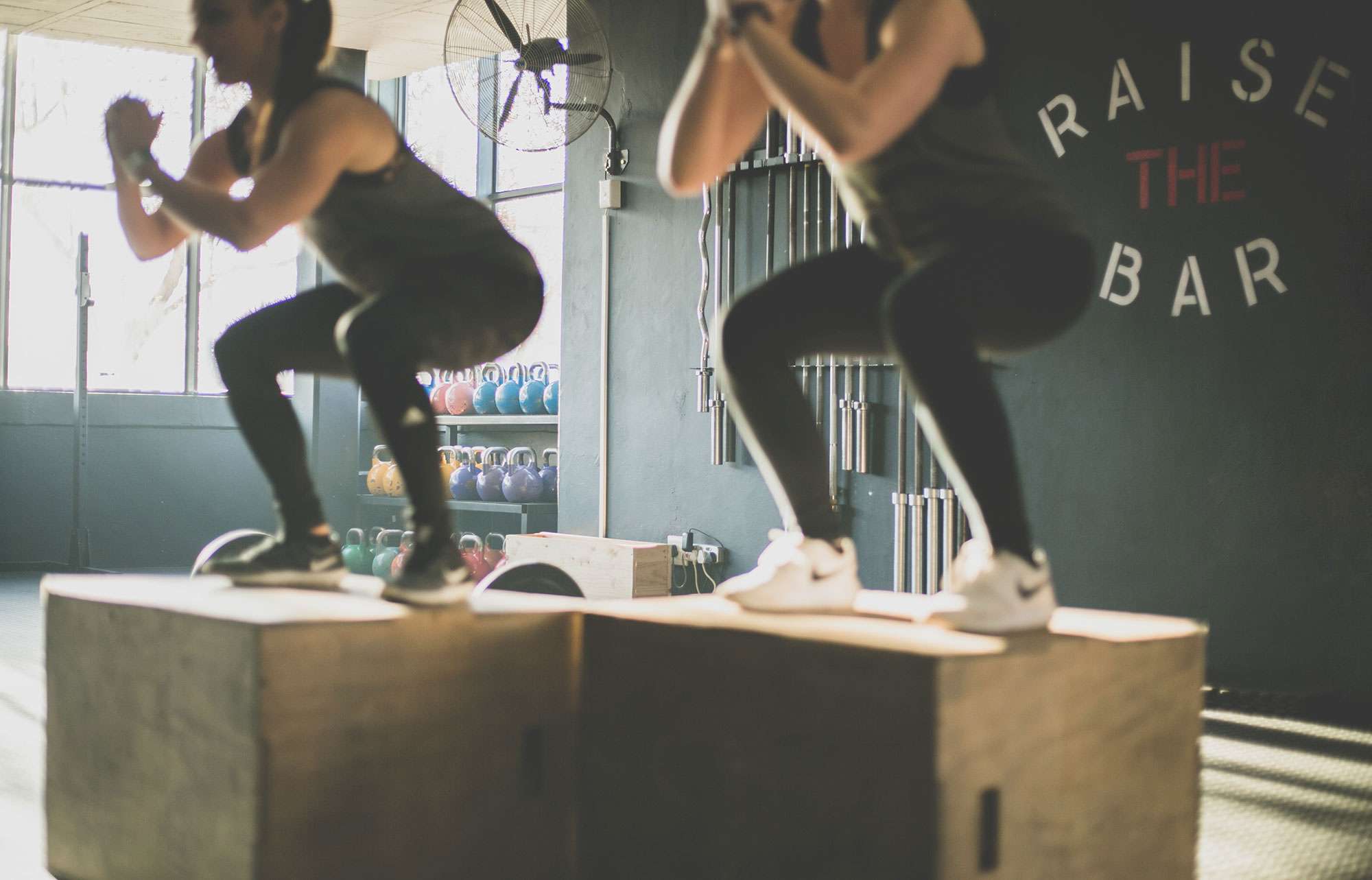 There are three reasons most people exercise and diet: to look good, to be healthy, or to perform well for a sport or activity.

It might be unfortunate, but you can’t really have the best of all three fitness worlds. This is because each outcome – looks, health, and performance – all require different approaches to training.

For example, take high-performing athletes. Star football players and CrossFit Games athletes don’t train to look good. They train to perform at the highest competitive levels. If that means sacrificing a six-pack for a new squat personal record, they forego the abs.

Professional athletes know that aesthetics aren’t the name of their games. To run a marathon, deadlift 400 pounds, or power through a football game, high-performing athletes need to hold onto some body fat to fuel their best performance. While they’re in good health, they don’t necessarily exhibit the healthiest-looking bodies.

Circling back to the bodybuilder example, it’s quite the opposite scenario. Bodybuilders, especially professional ones, are no doubt, high-level performers. They endure grueling training cycles and restrict eating in pursuit of competition, but at the cost of their athletic performance.

Bodybuilders in prep (the period of time leading up to a competition, usually 6 to 12 weeks), lose muscular power, strength, and endurance because they are so undernourished. It’s not uncommon for bodybuilders to feel chronically fatigued, weak, achy and even sick during prep. Most cannot lift as heavy, run as fast, or train for as long as they could when they maintained a healthy body fat percentage. So they trade performance and health for physique.

Most of the population eats and exercises for general health and wellbeing. These people make an effort to get moving a few times a week and eat mostly healthy meals. To be your healthiest, balance is most important. Recommendations often focus on consuming a balanced diet composed of a lot of fruits and vegetables, lean protein from various sources, whole grains, and healthy fats. However, drinking plenty of water and paying attention to your micronutrients: vitamins, minerals, antioxidants, and probiotics can also be just as important as tracking carbs, fats, and proteins.

But more important than following guidelines and suggestions is following a fitness and diet regime that makes you feel good.

How to Achieve a Happy Middle Ground

Looking the part doesn’t mean you fit the part and vice versa.

If achieving an ideal physique – whatever that means for you –  is your main goal, it’s likely you’ll occasionally engage in some unhealthy behaviors to get there, such as under-eating and over-training here and there. If you indulge too much in these behaviors, then you’ll experience symptoms like fatigue, weakness, lack of motivation, and possibly guilt for not reaching a physical goal that may or may not be natural for your body.

If instead you train out of love for your body, fuel it with nutritious meals and work hard during your workouts, it’s likely you’ll end up happy (and healthy) in your body. In this case, you might notice yourself feeling more exuberant, stronger, and even noticing yourself developing a fitter looking physique that matches your efforts.

To achieve a happy middle ground when it comes to your health, performance, and aesthetics, you should focus on a few things:

In other words, don’t base your diet, exercise and supplement choices on body ideals that have been shaped by misperceptions of health. Instead, exercise and eat for health, because health is the ultimate goal. If you focus on health, you may be surprised at the body composition that follows. By doing things that promote health – like eating more vegetables and hitting the pavement – you’ll lean out in the most natural way.