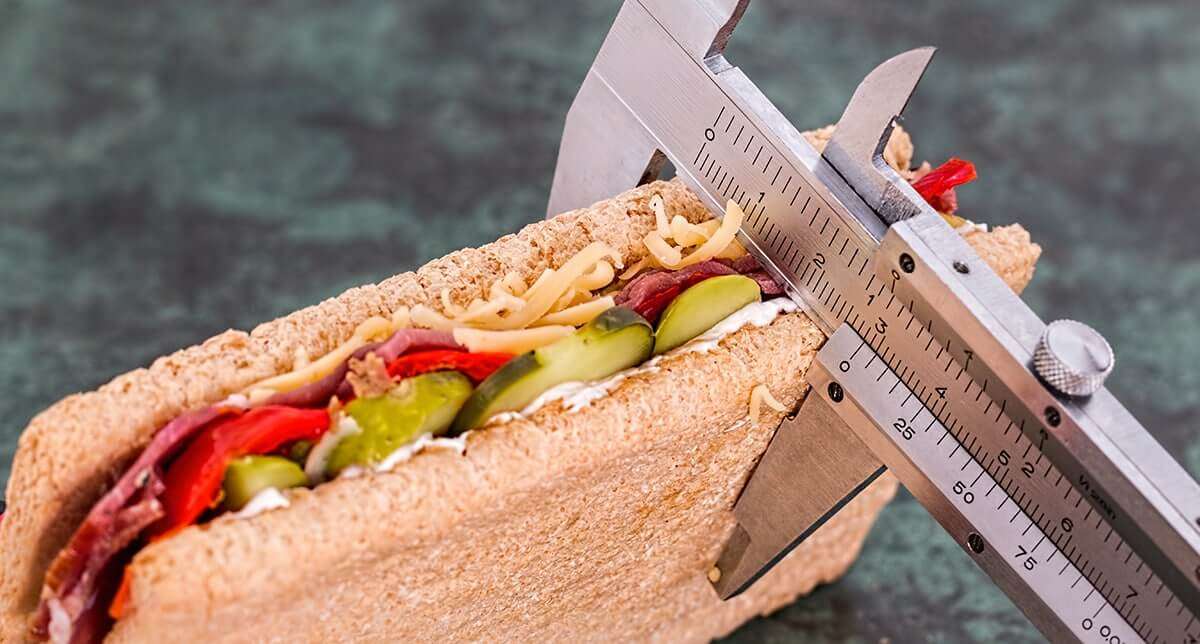 Can You Really Count on Calorie Counting?

Editor’s Note: This post was updated on September 7, 2018, for accuracy and comprehensiveness. It was originally published on February 8, 2017

Ask anyone about calories and you’d probably hear any of the following:

Baffled with these contradictory statements?

You’re not alone, even acclaimed nutritionist Marion Nestle admits that understanding calories can be complicated.

But this whole calorie confusion should not deter you from giving up on low-caloric diets. Nor should it stop you from learning what you can do to become a healthier, better version of yourself.

As always, there are two sides to a story. First off, let’s take a look at the argument that it’s the quantity of calories you consume that matters.

A Matter of Simple Math

A calorie refers to the energy that your body needs to perform vital bodily processes and functions, whether voluntary or not.  The operative word here is energy. Whether you’ve been dozing off for hours or trekking the Himalayas, you are constantly using energy. This is often referred to as an individual’s’ basal metabolic rate (BMR) or metabolism in general. Your BMR is the amount of calories that your body burns — from your heart to your kidneys to your leg muscles —within 24 hours, even if you’re at rest.

If you could ask a physicist to describe the relationship between calories and weight loss, consider this tweet by astrophysicist Neil deGrasse Tyson:

A WeightLoss book written by Physicists would be 1 sentence long:”Consume calories at a lower rate than your body burns them”

Mathematically speaking, he is correct. On the most fundamental level, it’s a simple case of calories in, calories out. In fact, public health authorities make recommendations based on this premise too.

For instance, the Centers for Disease Control and Prevention (CDC) recommends that you burn more calories than you take in to successfully lose body weight. In order to shed at least 1 to 2 pounds per week, they further suggested a reduction of caloric intake by 500—1000 calories per day.

But if this is the case, why are obesity experts still ambivalent in prescribing a one-size-fits-all-approach (e.g. low caloric intake) in curbing obesity?

While the calories in-calories out concept and the recommendations that come with it are fundamentally true, it’s not as simple as it sounds.

Sure, calorie counting and restricting calorie instake works for weight loss. But here’s the caveat — the quality of calories you consume should not be neglected too. Let’s zoom in on the other side of the story below.

When “A Calorie Isn’t Always A Calorie” Putting caloric quantity front and center when it comes to weight loss is short of saying that it’s acceptable to eat strawberry frosted donuts for breakfast, Big Mac for lunch, and pizza for dinner as long as they’re within the recommended daily caloric intake.

But we all know that it doesn’t work out that way. Why?

On Food Properties and Macronutrient Composition

First off, not all calories are created equal because they differ in terms of macronutrient composition. Here’s the amount of calories you get from each macronutrient:

Plus, digestive enzymes and gut bacteria, as well as the properties of the food itself (e.g. raw vs. cooked) can impact the total amount of calories you consume from a specific meal. While half a cup of white rice and a one-egg omelette are both roughly 100 calories each serving, they mean two different things to your body.

On the Accuracy of Nutritional Labels

Nutritional labels are not as accurate as most people assume. In fact, the Food and Drug Administration (FDA) recently approved two big changes in nutritional labels that are poised to be implemented in 2018. In the proposed redesign of labels, the public will finally:

1) learn how much added sugar is in the food and

2) see serving sizes adjusted to realistically reflect how much people actually eat. These changes have long been overdue.

Now that you’ve seen how quantifying calories in is not as easy as it sounds with differences in macronutrient composition and inaccuracy of nutritional labels, let’s move on by examining the variables that impact how you measure calories out. Although equal in calories, the whole grain sandwich requires almost 50 percent more energy to be metabolized by your body than the white bread sandwich. The point is, processed foods don’t torch as many calories than their less processed counterparts. This leads your body to storing this excess as fat.

In the same vein, another study on TEF, this time around on protein vs. carbs or fat, revealed that protein-rich foods require more energy than carbs or fat to be metabolized. This is why high-protein diets work for some people who want to lose weight, which brings us to another variable: satiety or the feeling of fullness after a meal.

Did you know that the quality of calories you eat can also influence your satiety levels? In a preliminary study of 98 ready-to-eat foods, the researchers discovered that minimally processed meals were more satiating than the ultra- processed food items. (It is worth noting that the researchers described ultra-processed foods as industrial formulations of substances extracted or derived from food and additives, usually with five or more cheap ingredients).

How is this so? It turns out that it may have to do with food structure.

Ultra-processed meals, like soda and fruit juices, take less time and involvement to digest because as their name implies, they are already processed for you. As a result, there is a significant reduction in the psychological and physiological signals that reach your brain to tell you that you’re already full. The fewer signals to warn your brain that you should put the fork down, the more likely that you’re going to eat more. Additionally, meals high in nutrients like protein and fiber are generally more filling.  For example, eating 400 calories of Sbarro pizza that’s made from highly processed flour will likely leave you less full than consuming 400 calories worth of chicken and brown rice stir fry that’s high in fiber and protein.

If you’re less full, you are likely to eat more — either by having your third slice of pizza or eating something else two hours later.

Should You Stop Counting Calories Altogether? So with the evidence pointing to the fact that calories are indeed not created equal, should you stop counting? Not at all, if it works for you.

Like everything else in nature, the law of physics still applies. Caloric quantity is still a fundamental truth, yet, quality of calories certainly matters. How do you resolve this? Quality and quantity of calories are two sides of the same coin, and one can lead to the other. The more quality calories you take in, the less you’re likely to consume because you’re full for a longer period of time.

Next, counting calories is a good way to change your behaviour towards food. When you track what you eat, it promotes mindfulness of your dietary habits —not just in how much you’ve just eaten, but also in what you just ate.

The more you pay attention, the more likely that you’ll reexamine your food choices. Take food diaries for instance. A systematic review of studies on the subject revealed that there is indeed a significant association between self-monitoring and weight loss.

Given these facts and research findings, the three biggest takeaways are: Whether you’re starting to track your daily caloric intake or focusing on the quality of food you consume, figuring out if either of these steps are working for you is incredibly important.

A good way to track progress is to measure body composition regularly. There are several ways to do this, and it has been repeatedly proven that body composition is more reliable than BMI to gauge body fat percentage and your overall health.

Body composition analysis can also help you create a calorie target by measuring your BMR (as mentioned earlier) and TDEE (Total Daily Energy Expenditure). Your TDEE is the total amount of calories you burn in a day while your BMR is the number of calories that your body requires to maintain its bodily functions.

If you decide calorie counting is right for you, be sure to pair it with portion control and regular physical activity as part of a successful long term strategy toward a healthy lifestyle.