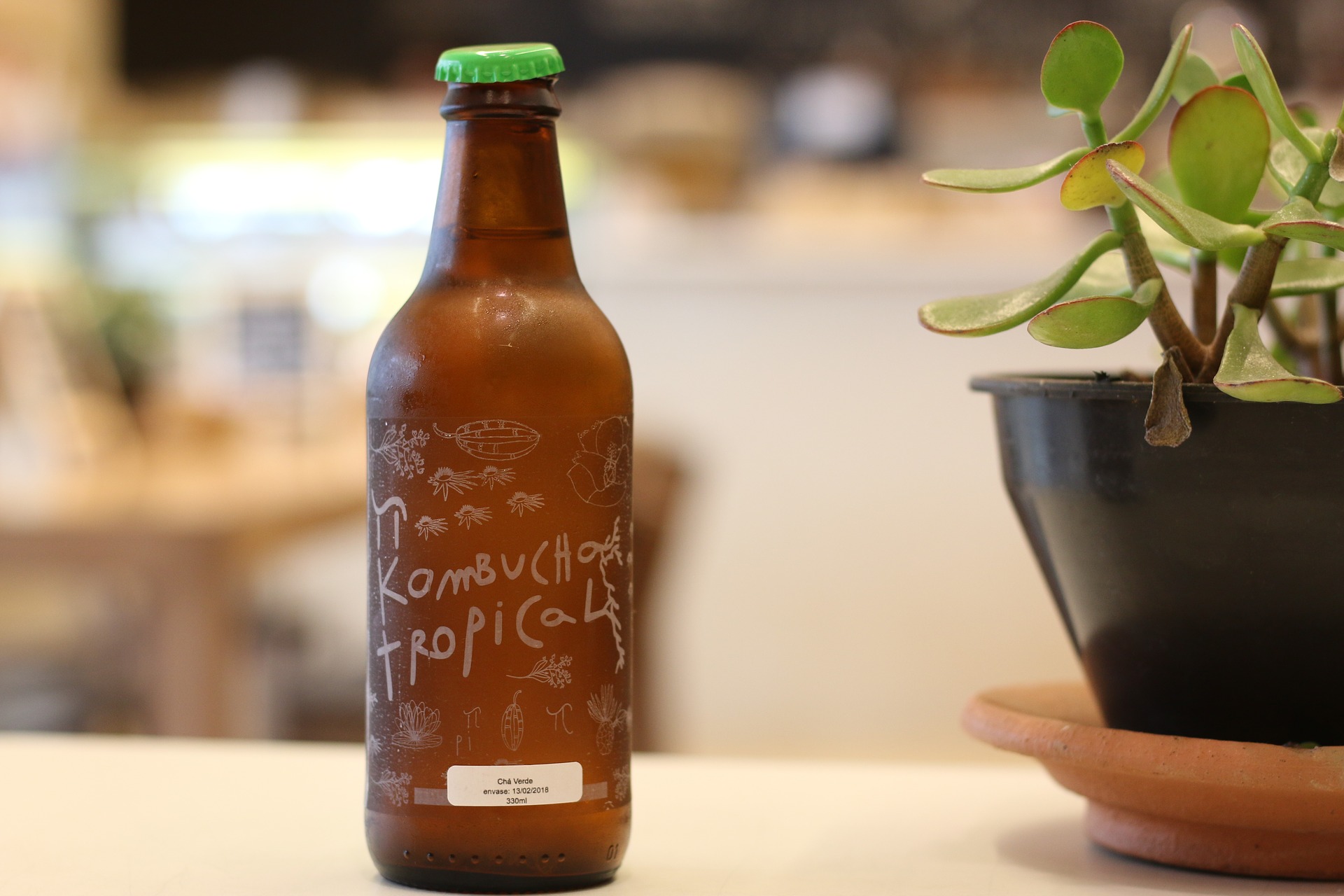 What Exactly Does Kombucha Do For You?

By InBody USASeptember 19, 2018No Comments

Drinking kombucha, it’s true, has become a bit of a fad lately. You can find this fermented beverage in most health food stores, farmers markets, and even your local grocery store. If you can buy it at the gas station, you can be sure it’s popular.

Yet kombucha, however faddish, does have beneficial effects on your health. Drinking kombucha helps regulate blood sugar, lower oxidative stress and may even support healthy gut bacteria.

We’ll get to these benefits (and the mechanisms behind them) in a bit. But first, let’s talk about what exactly you’re drinking when you drink kombucha. 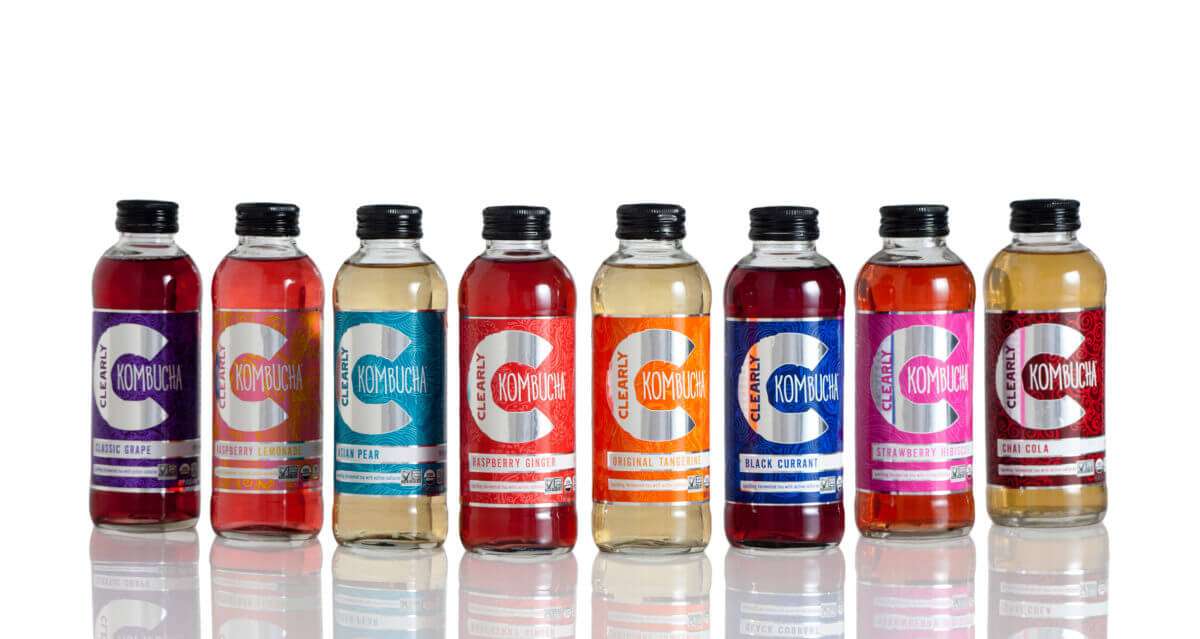 Kombucha a is a fermented drink, usually made from green or black tea. To ferment kombucha, you add sugar and a starter culture – a mix of beneficial bacteria and yeast – to your preferred tea. Then, depending on the preparation method, you wait 3 to 60 days and the kombucha is ready to drink. This means that the added sugar has been converted by the starter culture into healthy bacteria and other bioactive compounds. Trust me, it tastes better than it sounds.

How does it taste? Slightly sweet, lightly carbonated, mildly acidic.

Maybe vinegary would be a better word. And kombucha tastes like vinegar because it contains a special, health-boosting compound called acetic acid.

What does acetic acid in kombucha do for your body?

When kombucha is brewing, the bacteria – specifically, strains within the genus Acetobacter – produce, as a byproduct of the fermentation process, a substance known as acetic acid. You’ve had acetic acid. It’s the active ingredient in vinegar.

There’s science to support this claim. In one double-blind, placebo-controlled trial, obese Japanese participants were given either a vinegar drink or a non-vinegar (placebo) drink once a day for 12 weeks. The results? After the trial, the vinegar folks had significantly lower body weights, visceral fat levels, waist circumferences, and BMI.

“Daily intake of vinegar,” conclude the authors, “might be useful in the prevention of metabolic syndrome by reducing obesity.”

What about daily intake of kombucha? Well, since kombucha also contains high levels of acetic acid, it likely has similar metabolic effects.

1. Improvements in Blood Sugar and Insulin 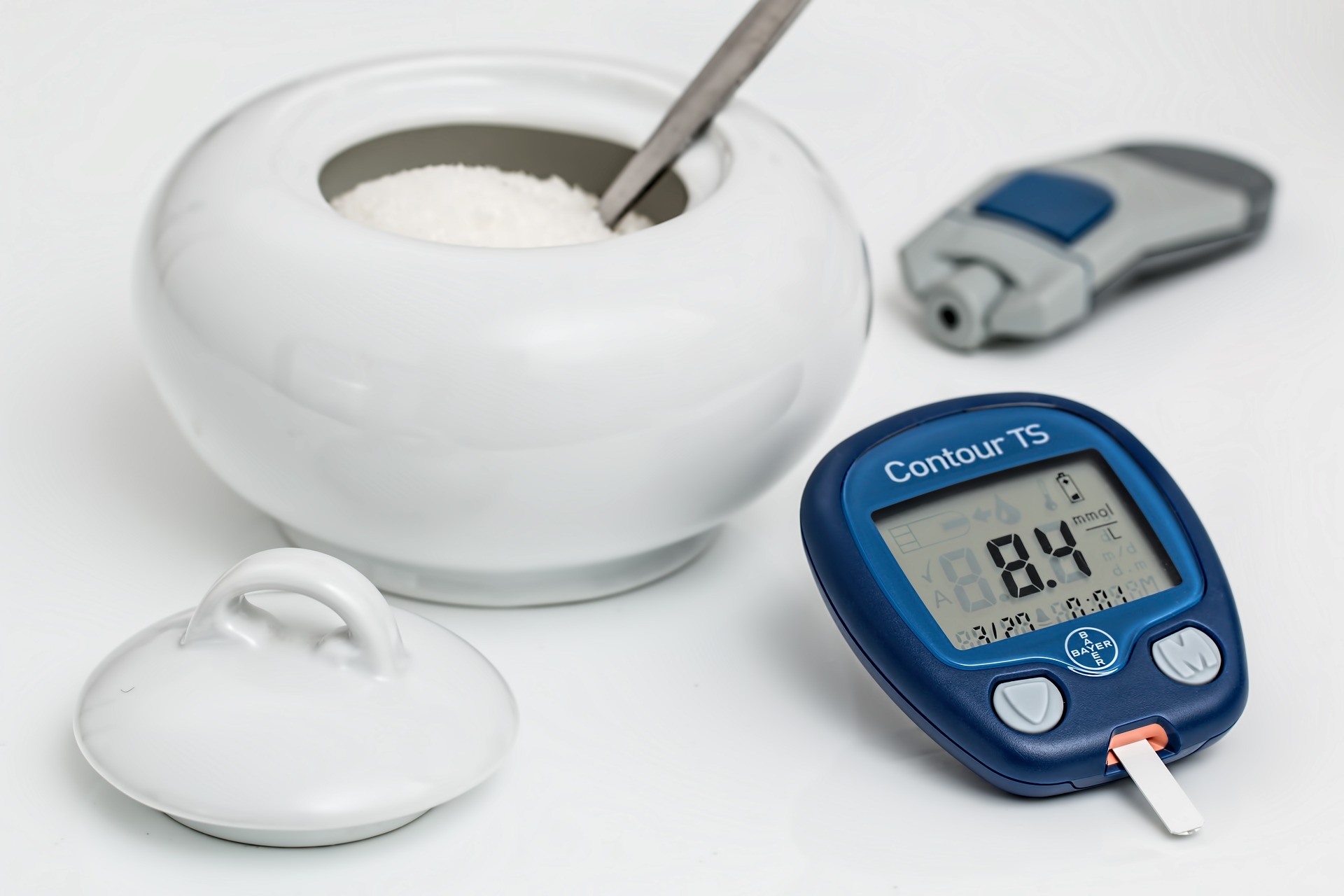 So far we’ve seen how vinegar consumption can improve body composition. That’s nice. But why might these beneficial changes occur?

Two main reasons: blood sugar and insulin. Consuming acetic acid leads to improvements in both of these key metabolic biomarkers. We’ll get to the science in a minute, but first, let’s review why these biomarkers matter.

First blood sugar. When you eat a meal, your blood sugar rises as you digest the nutrients comprising the food. That blood sugar, then, can go to fuel muscles, organs, fat, and brain tissue. For body composition purposes, you want blood sugar going to the muscle. Why? Because unlike fat that stores this excess sugar, muscle use this sugar for energy – and acetic acid can help with this goal.

Closely related to blood sugar is insulin. Insulin is a hormone that, among other functions, tells your cells what to do with blood sugar. Should that glucose go into fat or muscle cells? That process is moderated by insulin. When you produce too much insulin (by eating too much, for instance), your cells can become insulin resistant. This just means that your cells don’t respond properly to insulin anymore.

Insulin resistance plays a role in many negative processes, but among them are increased blood pressure, blood sugar, and levels of abdominal fat (the more metabolic, less healthy fat). That’s because high levels of circulating insulin, a hallmark of insulin resistance, puts the body into fat-storage mode.

In order to stay lean, it should be clear, blood sugar and insulin need to be properly regulated in your body.

In a placebo-controlled study, eight middle-aged men with problems regulating blood sugar were given either vinegar (6% acetic acid) or a placebo drink before a meal, then tested for glucose (blood sugar) uptake, insulin levels and triglycerides over the next few hours. Verdict? The acetic acid treatment led to across-the-board improvements.

All that to say, kombucha may help your body better manage the foods you’re eating and how they are utilized/stored in the body.

What do polyphenols in kombucha do for your body? 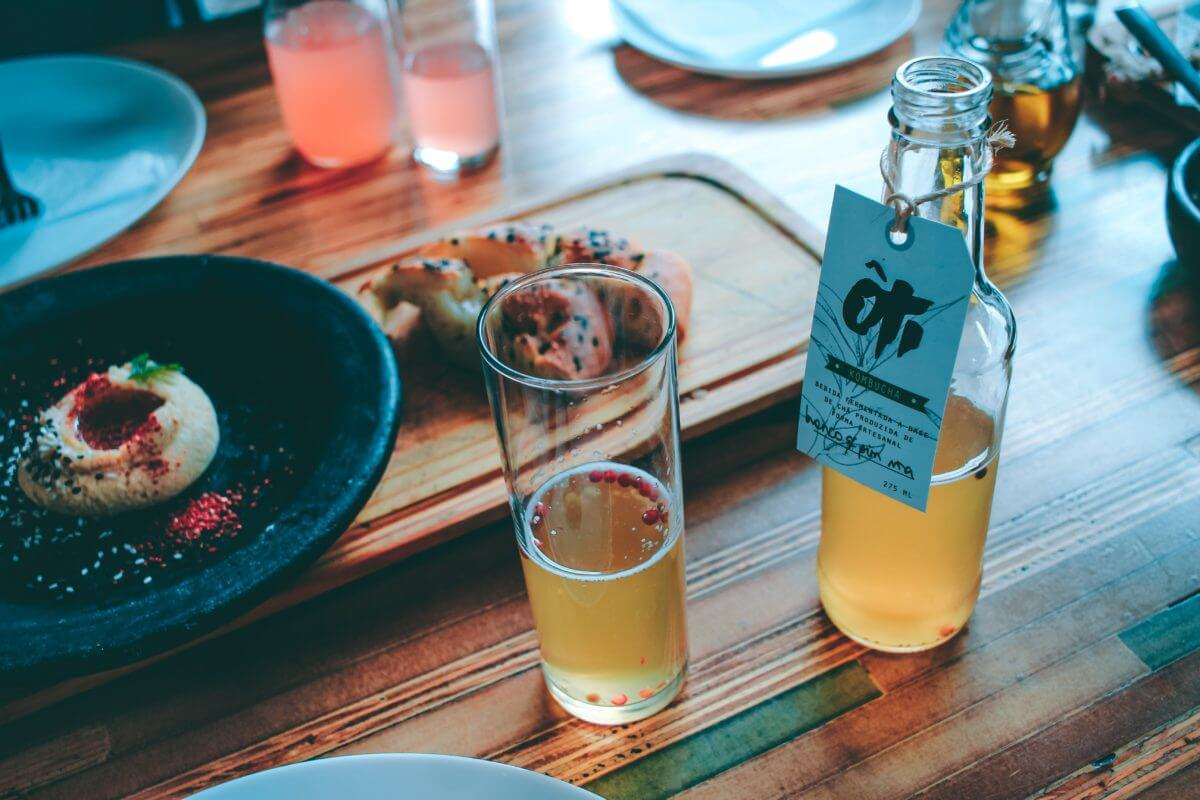 Polyphenols are great because they help scavenge free radicals in your bloodstream. Free radicals are molecules produced when your cells use oxygen to form energy- they are part of normal metabolism but are considered waste products that must be eradicated.

While oxidative stress has been linked to many chronic conditions, for our purposes here, let’s focus on the metabolic links.

Because of this, researchers have speculated that antioxidant supplements may help people manage obesity. Even diabetes.

But don’t get too excited. The same paper touting their positive effects also warn that these supplements are not a “panacea” for obesity-related diseases and may only provide “marginal benefits” for these conditions. 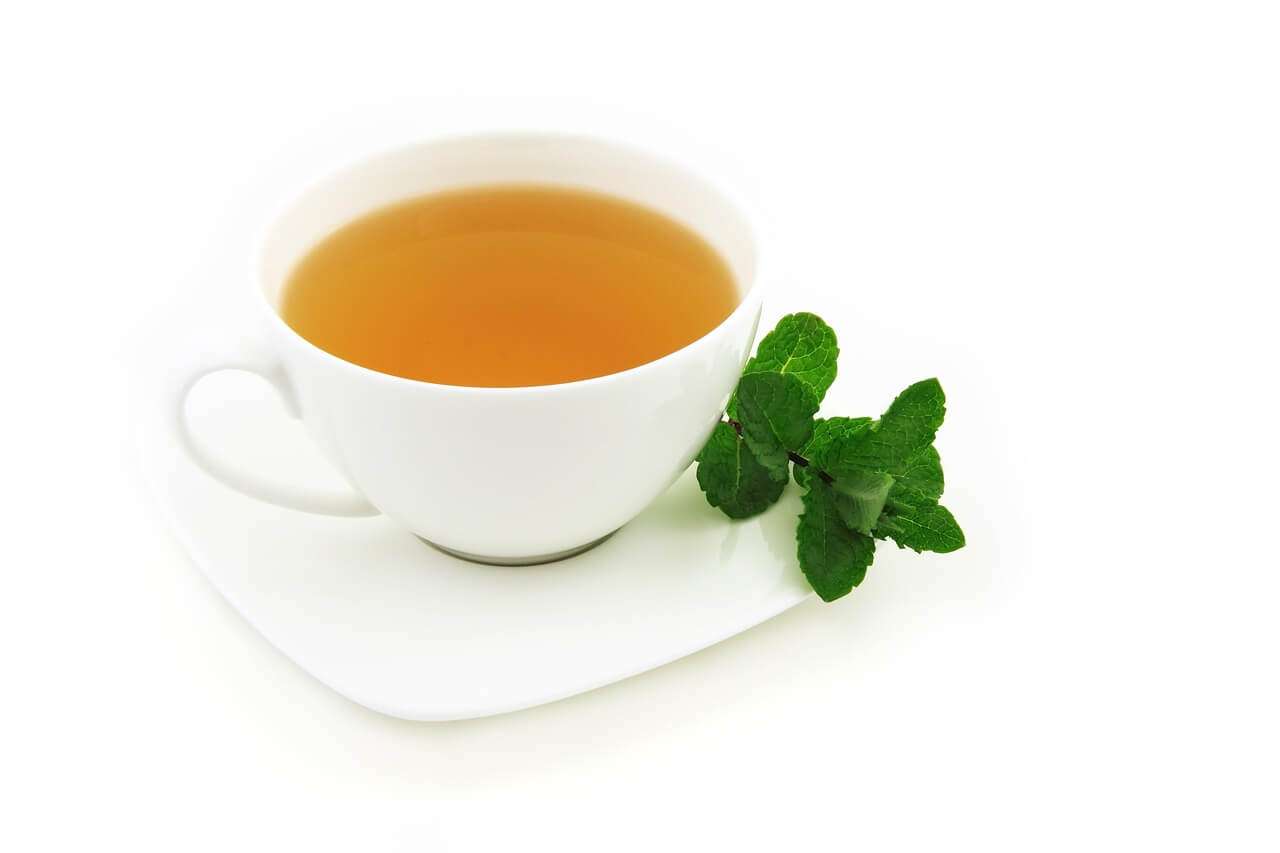 So how does kombucha rank in terms of free-radical scavenging, oxidative-stress-reducing ability? Is it better than say, plain old green tea, which has also been shown to have potent antioxidant effects?

Yes, it appears so. As a matter of fact, the fermentation process improves the scavenging potential of both green and black tea. Again, researchers don’t know why. But they do know the improvement is there.

And since free-radical scavenging may be a promising adjunct for treating metabolic disorders, you now have another reason to seek out some kombucha.

Kombucha is great for your gut bacteria

Kombucha contains a wide variety of microbes – bacteria and fungi that help ferment the sugar added to kombucha drinks. But what’s really interesting is how drinking kombucha affects existing microbes in your gut.

For example, kombucha has been shown to inhibit the growth of many gut-dwelling pathogens. These pathogens include salmonella, campylobacter, E. coli, H. pylori and a long list of other critters you’ve never heard of.

And so kombucha appears to be something like a natural antibiotic. But unlike man-made antibiotics, kombucha doesn’t come with the weight-gain side effect.

What does this have to do with body composition overall? Glad you asked. The science is still young, but preliminary research indicates a link between gut microbes and obesity. The short summary- improve the health of your gut (through foods such as kombucha), reduce your risk for weight gain/obesity.

Consider kombucha the next time you grocery shop 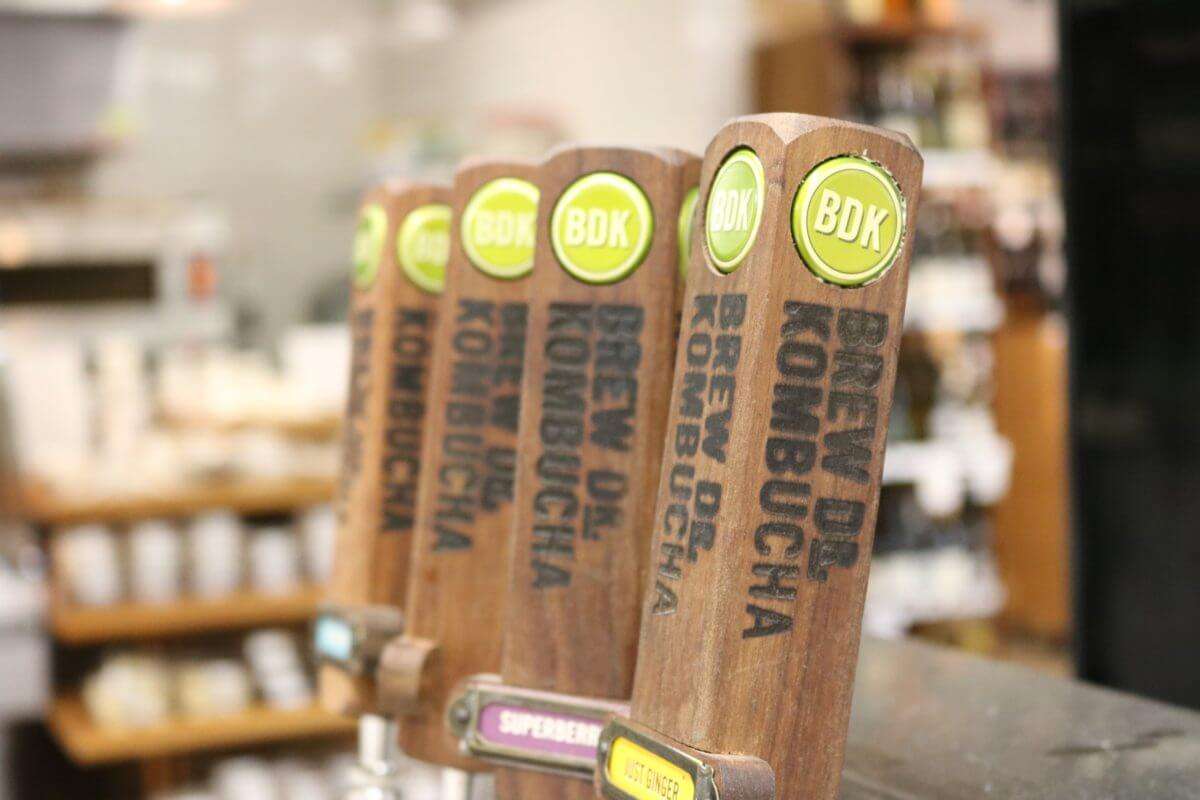 That was a lot of info on kombucha, obesity, body comp, bacteria and more – so let’s cover it one more time.

So next time you’re in your grocery store, consider spending a few bucks on that weird, acidic stuff everyone’s been raving about- kombucha.

Brian Stanton is a health writer and certified health coach living outside of Philadelphia. When he’s not hiking through the woods, Brian researches the latest science on nutrition, sleep, longevity, the gut, and more. 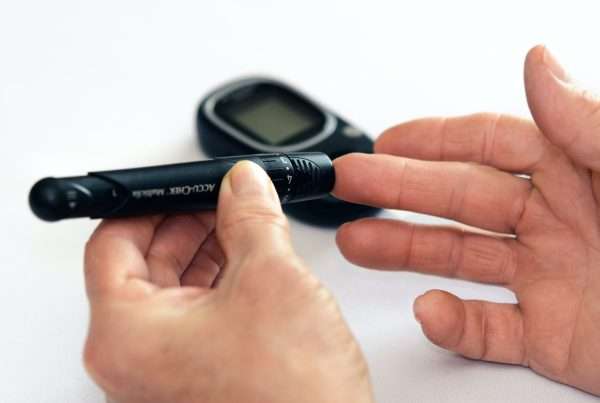 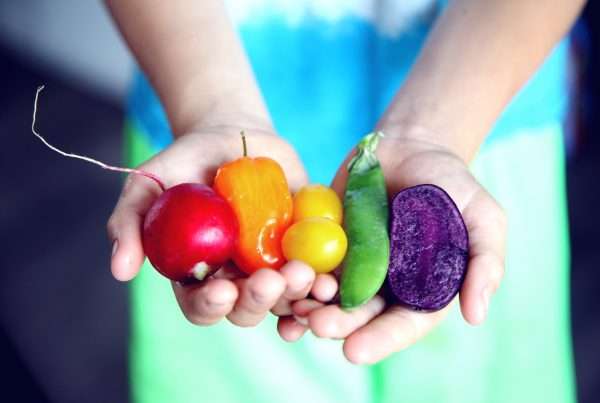 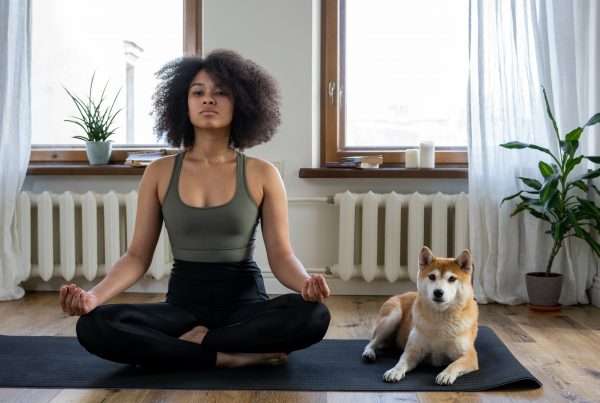 Best Ways to Push Past a Weight Loss Plateau