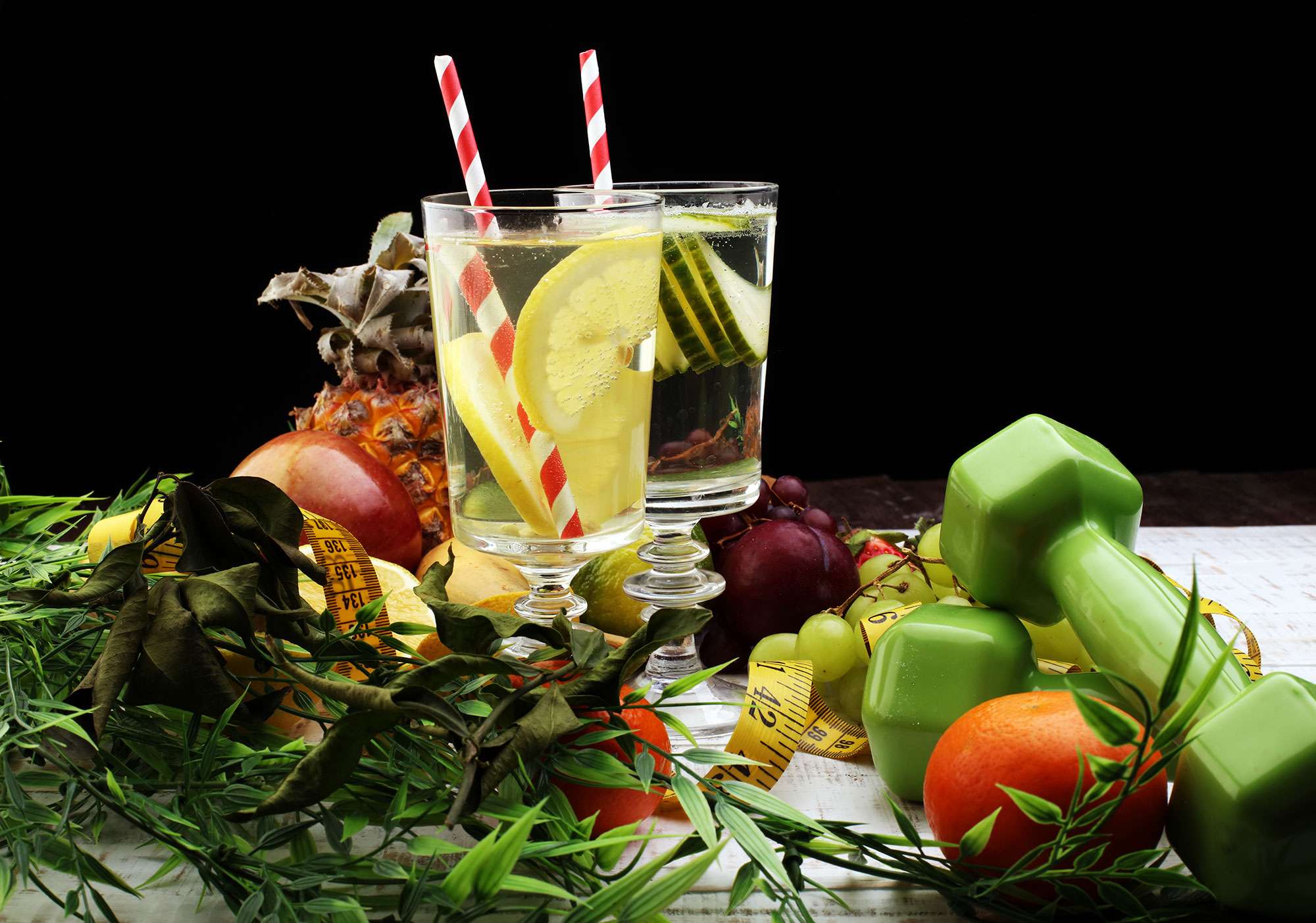 What Should You Eat To Start Your Heavy Metal Detox?

In our daily lives, we are exposed to toxic heavy metals through the air, water supply, and food pollution. Considering their prevalence in our environment, researchers are raising questions about their impact on human health.

In emerging research, scientists are now beginning to connect the dots. The growing body of scientific literature on heavy metals suggests these toxic compounds may be implicated in cancer, cardiovascular disease, and neurodegenerative disorders. They also have an affinity for the brain, which can cause brain fog and other cognitive impairments. Knowing this, it’s clear that properly detoxifying these compounds is a pillar in supporting optimal health.

So, how can these toxins be removed?

The primary route of heavy metal detoxification is via intensive chelation therapies like disodium or calcium EDTA. While this is often successful, it has to be done under the strict supervision of a doctor. On the other hand, there are more gentle food chelators, binding agents that suppress chemical activity by forming chelates, to help support the body in naturally disarming the toxicity of heavy metals. Best of all, taking this more moderate dietary approach can be safely completed at home.

In addition to acting as natural, non-toxic metal chelators, foods can also combat the negative effects of heavy metals and provide the precursors for the body’s natural defense systems.

In this article, we’ll discuss how exactly heavy metals impact health, the foods that can support heavy metal detoxification, and the underlying mechanisms that allow nutrients to chelate metals from the body.

In contrast to toxic heavy metals, there are beneficial metals and minerals that have critical biological functions. Heavy metals have a tendency to displace these natural metals within cells, causing abnormal functioning of cells.

These mechanisms combined suggest that heavy metals in the environment can have a significant impact on health.

Utilizing detox for weight loss still doesn’t trump maximizing your energy balance, a.k.a, calories in versus calories out. However, inflammation, which can result from heavy metal toxicity, is associated with obesity. Additionally, heavy metals have been shown to influence our body’s microbiomes which may impact weight loss.

Nonetheless, heavy metals may play a part in exacerbating this inflammatory response. In one animal study, IL-6 production was increased when lead was introduced into the body. While these results may not necessarily translate to humans, it shows that heavy metals may have implications in the inflammatory process related to obesity.

Although the link between inflammation, heavy metals, and obesity is less clear, it’s well-known that heavy metals can disrupt the delicate bacteria balance of the gut in various species. Although we are unsure to what extent this can occur in humans, we do know that changes in the microbiome can impact weight changes.

To fully determine the degree that heavy metal exposure influences the microbiome and weight loss, more research needs to be conducted. But, diet-based optimization of heavy metal detox pathways is considered relatively safe and even better if weight loss support is a side benefit!

How Can Food Detox Heavy Metals?

Although there is little clinical evidence to support traditional toxin-detox diets for weight management, we can be surer of the proposed avenues by which some foods may assist in supporting detoxification of heavy metals. 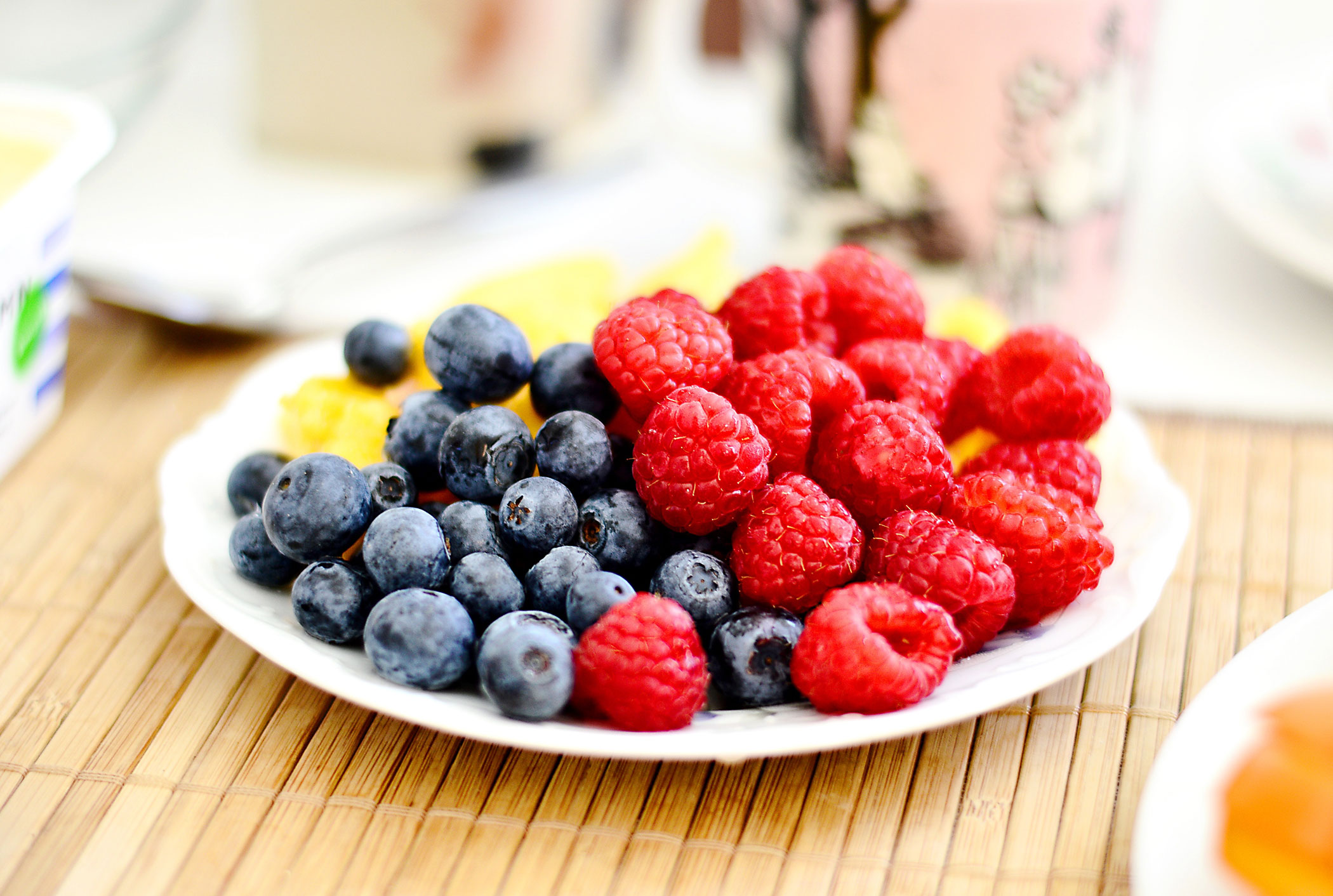 Considering one of the main toxicity mechanisms of heavy metals is oxidative stress and inflammation, using antioxidants can combat their deleterious effects.

Antioxidants work by neutralizing free radicals in the body which, as mentioned earlier, are produced by heavy metals. As a result, a diet high in antioxidant-rich foods can prevent oxidative stress that leads to inflammation and tissue damage.

Alpha-lipoic acid is a novel antioxidant that has the ability to bind to toxins like heavy metals. Animal studies suggest that it may be a remedy for mercury toxicity. However, there is conflicting evidence — studies show that although heavy metals are released from storage tissues, they may accumulate in other tissues as a side effect. 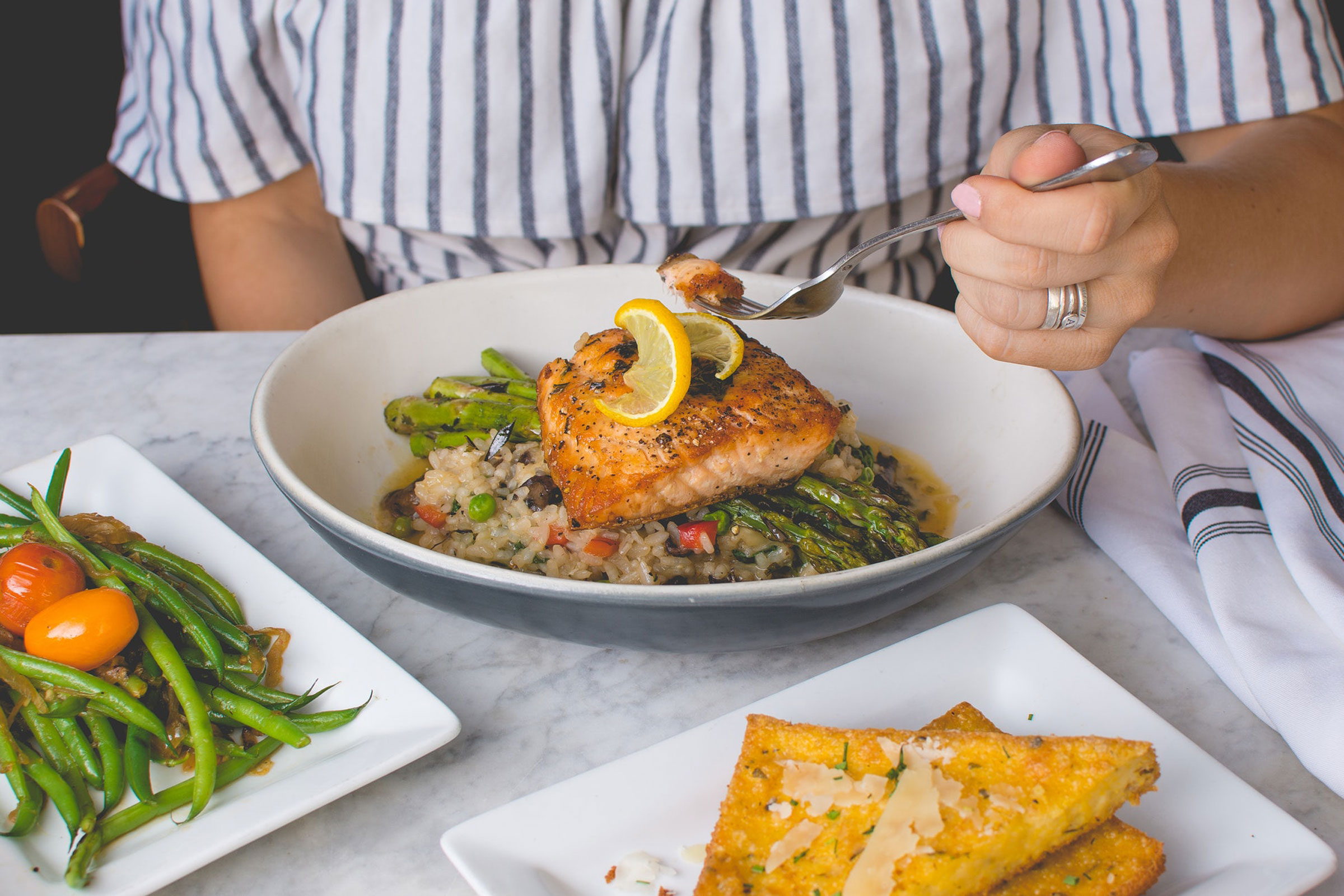 Cysteine is a sulfur-based amino acid that acts as a precursor for metallothionein, a protein that can bind to heavy metals for proper detoxification. It can also further combat the toxicity of heavy metals by neutralizing free radicals, reducing oxidative stress, and down-regulating transcription factors that promote inflammation.

By consuming cysteine-foods, metallothionein levels can, in theory, be optimized. Whey protein from undenatured whey protein powder is one of the most important sources of cysteine in the diet. Observation of cysteine levels in humans show that the highest levels of cysteine consumed are in omnivore diets, indicating that including meat, eggs, and dairy in the diet may be essential for cysteine levels. Research also suggests that cruciferous vegetables which are rich in plant-based cysteine may boost metallothionein levels. 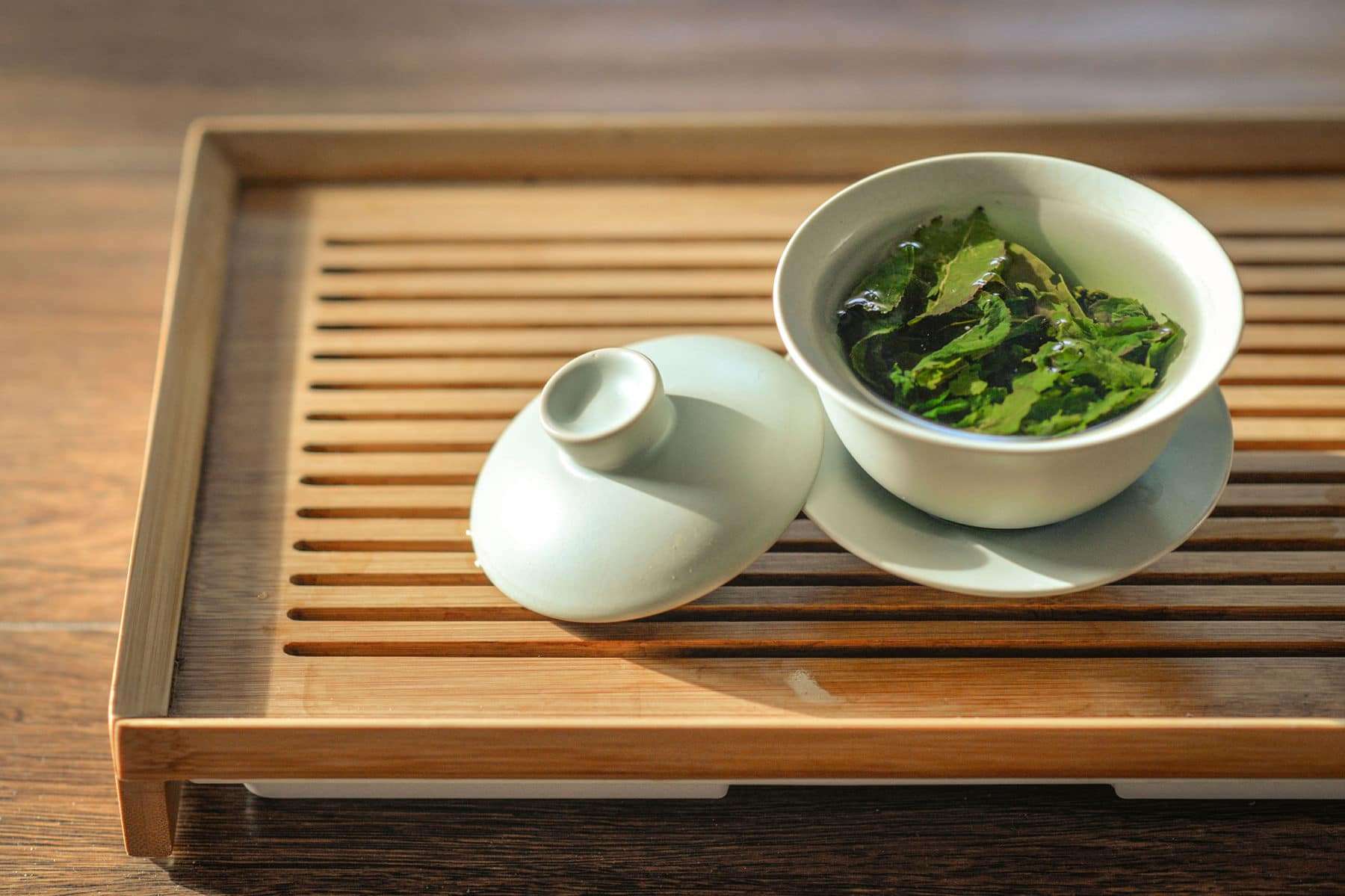 Interestingly, blue-green algae may also detox metals from the body. In animal studies, chlorella enhances heavy metal excretion in rats with mercury toxicity. Researchers have identified metallothionein-like proteins on chlorella that may explain its ability to detox heavy metal poisoning. Unlike chlorella, spirulina contains a phytochemical called phycocyanin which may bind to and detox heavy metals.

Foods Can Support the Body in Detoxing Heavy Metals

However, diet-based heavy metal detox also isn’t a substitute if you have heavy mercury poisoning or exposure to other toxic metals, nor are they a cure for any disease.

As with any diet change or toxin detox regimen, it’s important to consult your doctor before implementation. However, foods and nutrients that detoxify heavy metals can be a part of a healthy lifestyle that includes a nutrient-dense diet and a consistent fitness routine.

Sophia Ruiz is a health and wellness freelance writer & blogger. As an Instagram influencer, she uses her platforms to promote consumer empowerment through education. http://www.instagram.com/curvewellness