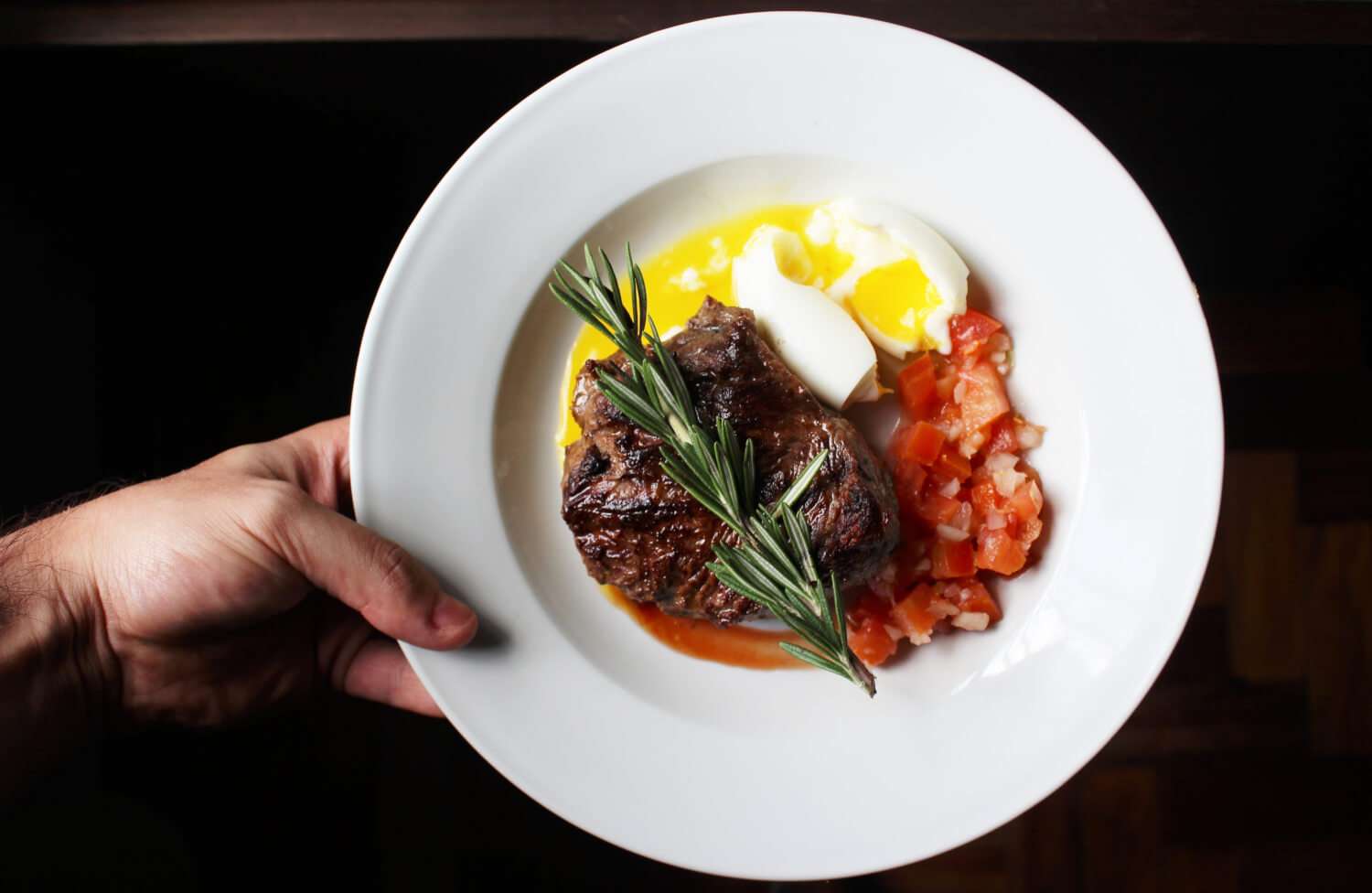 How to Use the Ketogenic Diet to Improve Body Composition

Editor’s Note: This post was updated on May 31, 2018 for accuracy and comprehensiveness. It was originally published on October 20, 2016.

Imagine eating thick slabs of bacon with a three-egg omelet (with yolks) for breakfast almost every day while looking and feeling good at the same time.

Well, it turns out that dietary fat is not what we thought it was. Cardiologists are even starting to question if fat wrecks your health.

This ideology has even shown up in pop culture. For example, in an episode of Vice’s Munchies, elite runner Timothy Olson talks about how he conquers 100-mile mountain running competitions by teaching his body to become “fat-adapted”, popularly known as “going keto”, shorthand for following a ketogenic diet.

But you’re not an elite runner. You’re looking for a new weight loss plan. You just want to get rid of your beer belly, look good next summer, and keep your energy levels high throughout the day (minus countless cups of coffee or bottles of energy drinks). Living stronger as you age is an added bonus!

So is going keto for you?

In this blog post, we’ll take a look at the keto diet, what happens to your body when you go on a high-fat diet, its benefits, and possible drawbacks.

Ketogenic Diet: What is It? 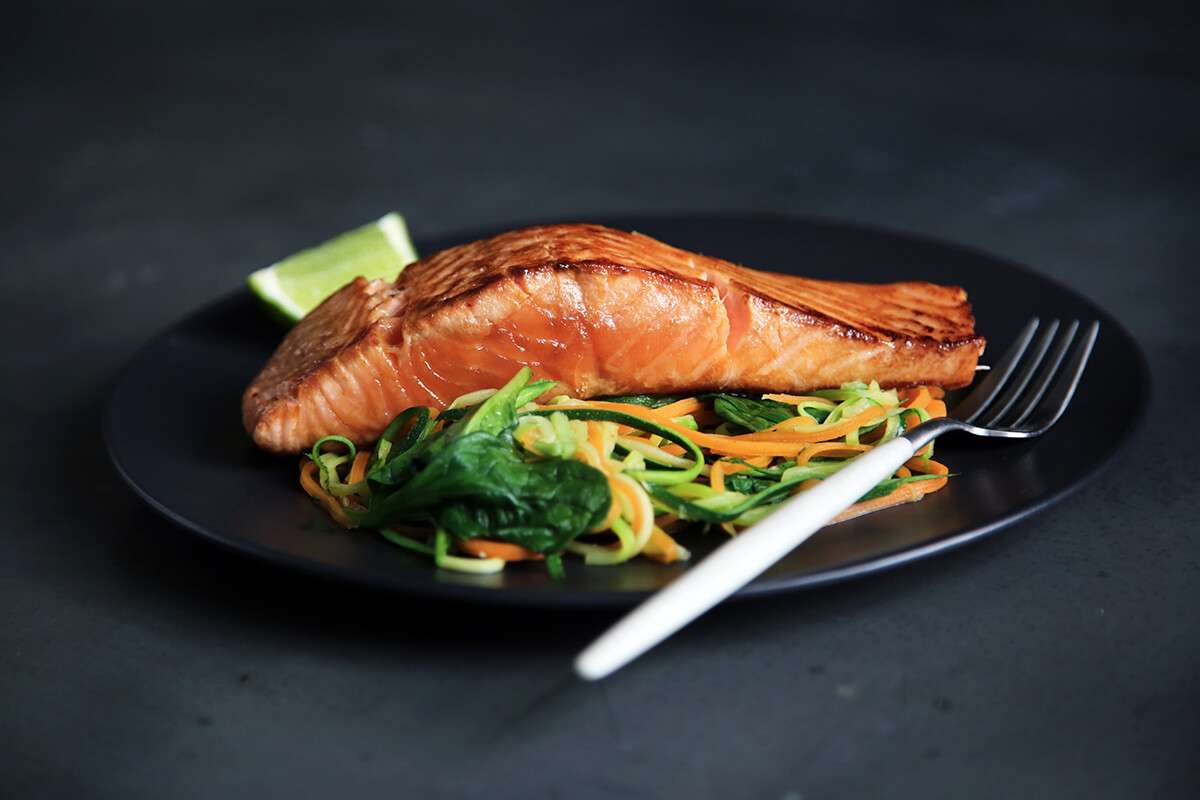 Anyone keen on going keto will need to kick carbohydrates to the curb. It’s a high fat, moderate protein and very low carb diet. Diets patterned after the ketogenic diet include the South Beach Diet, Atkins Diet (its induction phase in particular), modified Paleo, and other low-carb diets.

A keto diet works for almost anyone since you can be vegan or vegetarian and still achieve ketogenesis. As a rule of thumb, focus on foods that are naturally high in fat and avoid highly processed foods that are labeled with trans-fats as much as possible. Eat fruits that are low on the glycemic index but are still rich in fiber and, eat other foods like avocados (also for the fat) and berries. Additionally, eat lots of green, yellow and red vegetables.

A typical keto diet can include the following:

To learn about what kind of fat is right for you, read this guide.

Some keto dieters add alcohol and coffee ( minus the cream, milk or sugar) in moderation to their diet. Others, however, stay away from it. Experiment with these beverages and figure out what works for you.

To help you get started, here’s what a sample keto dinner would look like: 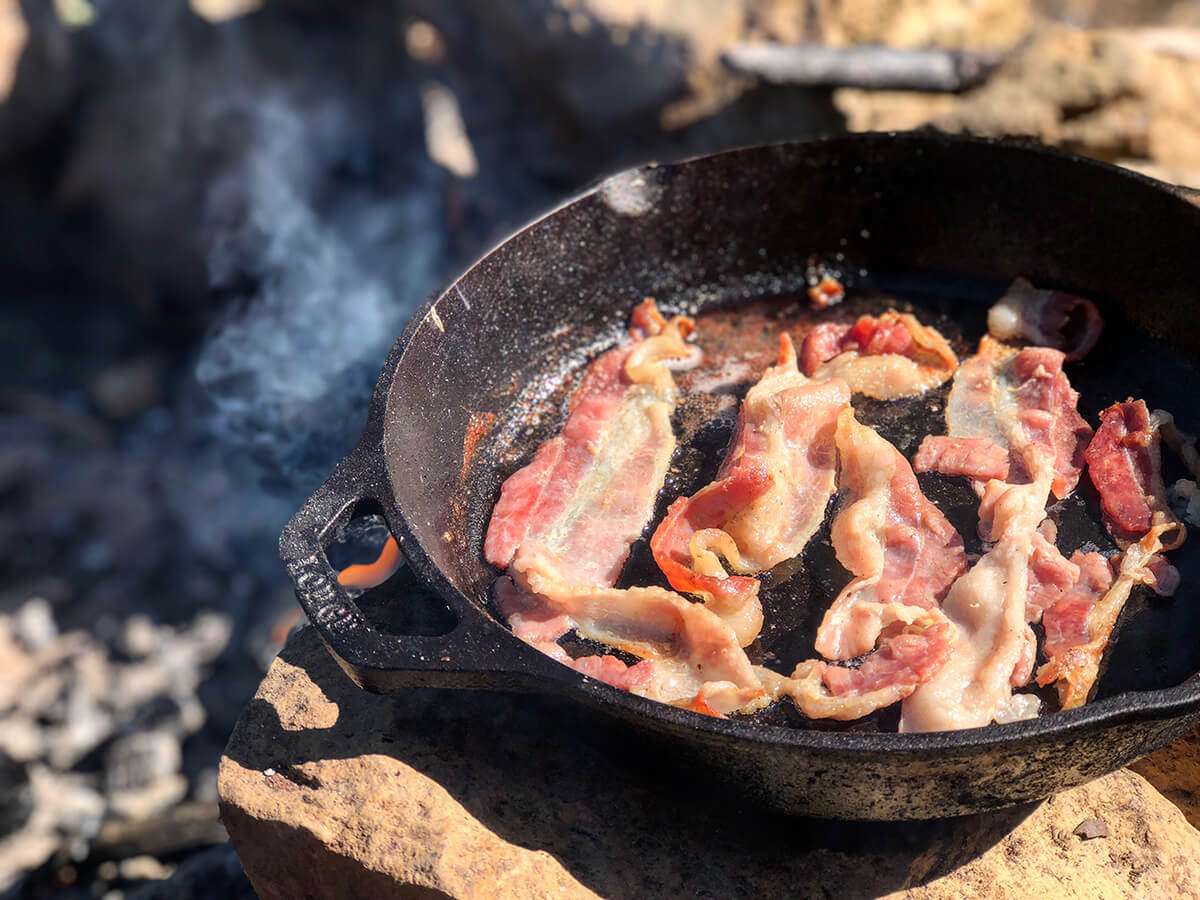 For much of human history, people have been relying on foods rich in carbohydrates as the foundation of their diet. Carbs were an excellent source of calories and your body’s preferred energy source.

However, in today’s world of industrial agriculture, caloric abundance, and sedentary lifestyles, we tend to rely on carbs too much, and we overdo it. The glucose from excess carbs is quickly metabolized by the body but gets stored as fat when unused. The result: a staggering increase in obesity.

A ketogenic diet trains your body to rely on dietary fat for energy by converting fat to ketones and free fatty acids (FFAs). This natural metabolic state is often referred to as ketosis. Reaching ketosis means you have to limit your carb intake to encourage your body to produce ketones for energy.

If you reduce your carb intake to around 30 to 50 grams of net carbs, leaving your body with no choice but to rely on dietary fat as an energy source.

Your Body on Keto 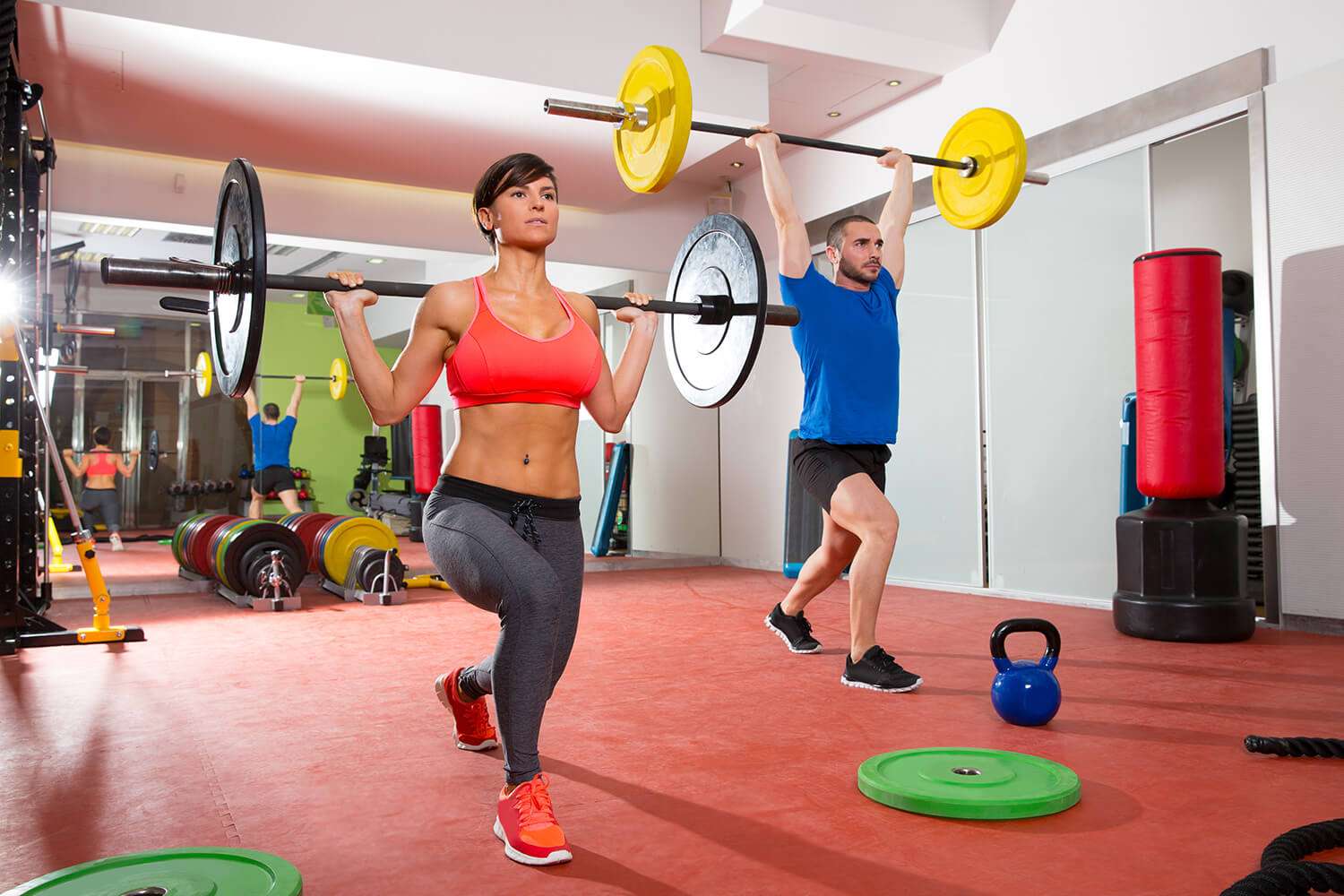 Normally, carbs are broken down into glucose and are used as your primary energy source. Glucose that isn’t utilized is converted into glycogen and stored in the muscles and liver for later use.

A ketogenic diet changes this. When you go keto, your body goes into ketosis, a glycogen-deprived state from the low carb intake. Instead, fat is oxidized to produce energy, resulting in ketones. Unlike glucose, which provides quick bursts of energy, the energy from fat burns slower. As a result, you may avoid sugar crashes right after a high-carb meal being on a keto diet.

Adapting to Keto: The Adjustment Phase

Your body tends to resist change and side effects known as the keto flu may arise during the first few weeks of going keto. Symptoms of the keto flu include fatigue, dizziness and nausea. Think of it as your body’s way of expressing its reluctance to stop relying on carbs and learning to use fat as fuel.

When you’re on a ketogenic diet, fatty acids are released from your body fat and insulin levels decrease. When insulin levels decrease, your kidneys will excrete more water (you’ll notice an increase in the frequency of trips to the bathroom), sodium and potassium. As a result, your blood pressure can plummet. Dizziness, fatigue and sudden weakness are symptoms of low blood pressure. Leg cramps may also occur from dehydration.

To combat these symptoms, increase your electrolyte and fluid intake, particularly during the first few weeks of being on a keto diet. Bone or vegetable broth consumption is also helpful.

Another side effect of ketosis is hypoglycemia or low blood sugar. Symptoms include feeling tired, hungry or shaky until your body adjusts to its new fat-burning diet.

…anaerobic (ie, weight lifting or sprint) performance is limited by the low muscle glycogen levels induced by a ketogenic diet, and this would strongly discourage its use under most conditions of competitive athletics.

So, if you’re an athlete and you depend on performing at 100% to maintain your position (or your job, if you’re a professional), going keto in-season is likely not the best option for you.

Going Keto: What’s In It For You 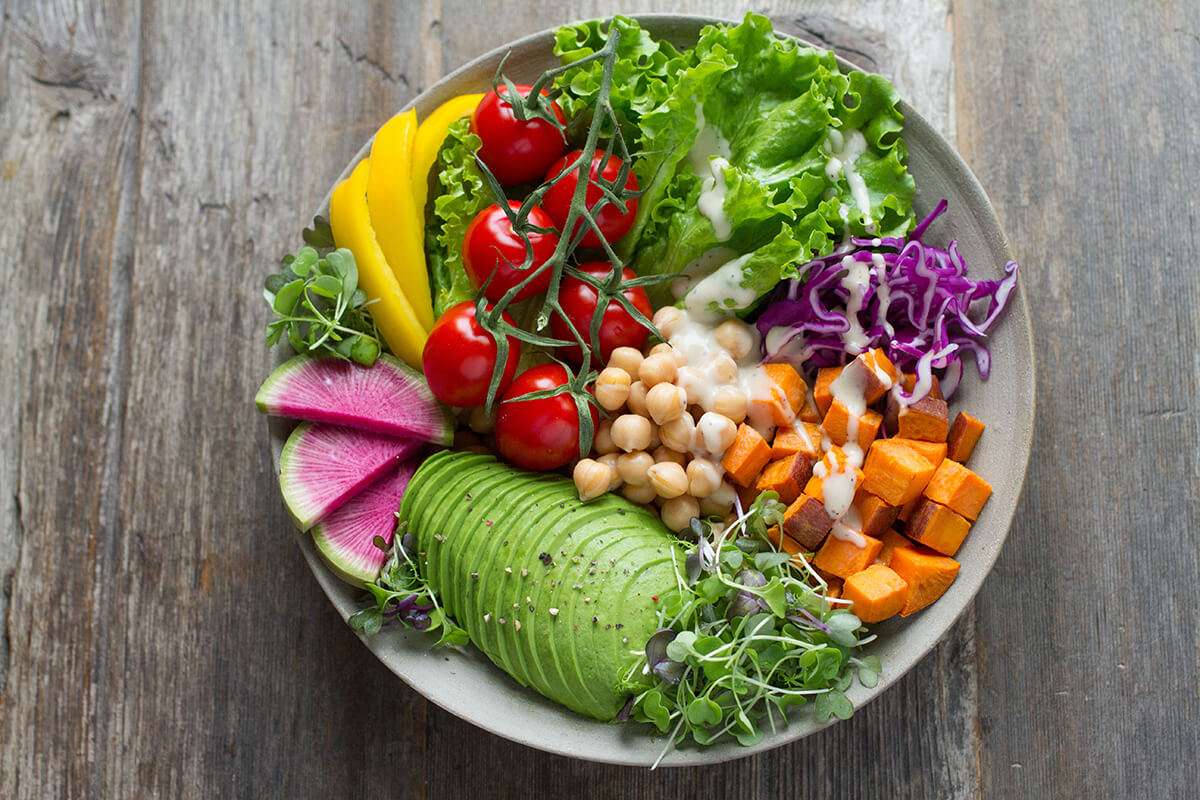 Ketogenic diets can be very useful for reducing body fat but results will not come overnight. Like all diets that dramatically reduce carb intake, weight loss will come  quickly during the first two or more weeks, and then you’ll see it slow. That’s because a lot of the initial weight loss is water weight, not body fat.

A 2013 study comparing the ketogenic diet to a low-fat diet revealed that the former is more effective for weight loss. Researchers concluded that very low carbohydrate ketogenic diets (VLCKD) may be studied further to help curb the obesity epidemic.

Another study compared the effectiveness of a low-carb keto diet (less than 10% calories from carbohydrates) to a low-fat diet among obese men and women. The researchers concluded that the low-carb keto diet was effective for short-term weight and fat loss (particularly in men).

Several studies have shown that VLCKD has been shown to reduce the risk of the following:

A ketogenic diet also has useful effects in patients with increased carbon dioxide levels as a consequence of respiratory failure.

However, keto may not work for someone looking to gain body weight by increasing lean body mass or for competitive athletes. To develop LBM, the body needs large glycogen stores to power muscles, and often requires a caloric surplus.

Is Keto For Everyone?

Despite its multiple benefits, the high-fat and low-carb nature of the ketogenic diet may not be recommended for:

Consult a health professional before making major changes in diet.

Should I Be in Keto Forever?

Say you’ve accomplished your body composition goal. Should you go back to your usual diet and stop keto?

It’s up to you. Everyone’s goals and lifestyles are different. There’s nothing that says that you can’t stay on a ketogenic diet if you like it; for some people, this is the only diet that promotes good health.

Continue to be mindful of what you eat (portions and sources) in order to maintain your body composition goals.

Use a body composition analyzer that doesn’t rely on pre-loaded data, like age to maintain or detect changes in body composition. Devices like InBody, feature a body composition history chart to help people track changes as they start and stick with a keto diet. Outputs like fat mass and percent body fat monitor weight loss, while outputs like Skeletal Muscle Mass show the high protein, low carbohydrate diet is preserving muscle mass.

Contact us to learn how to use InBody to accomplish your body composition goals.