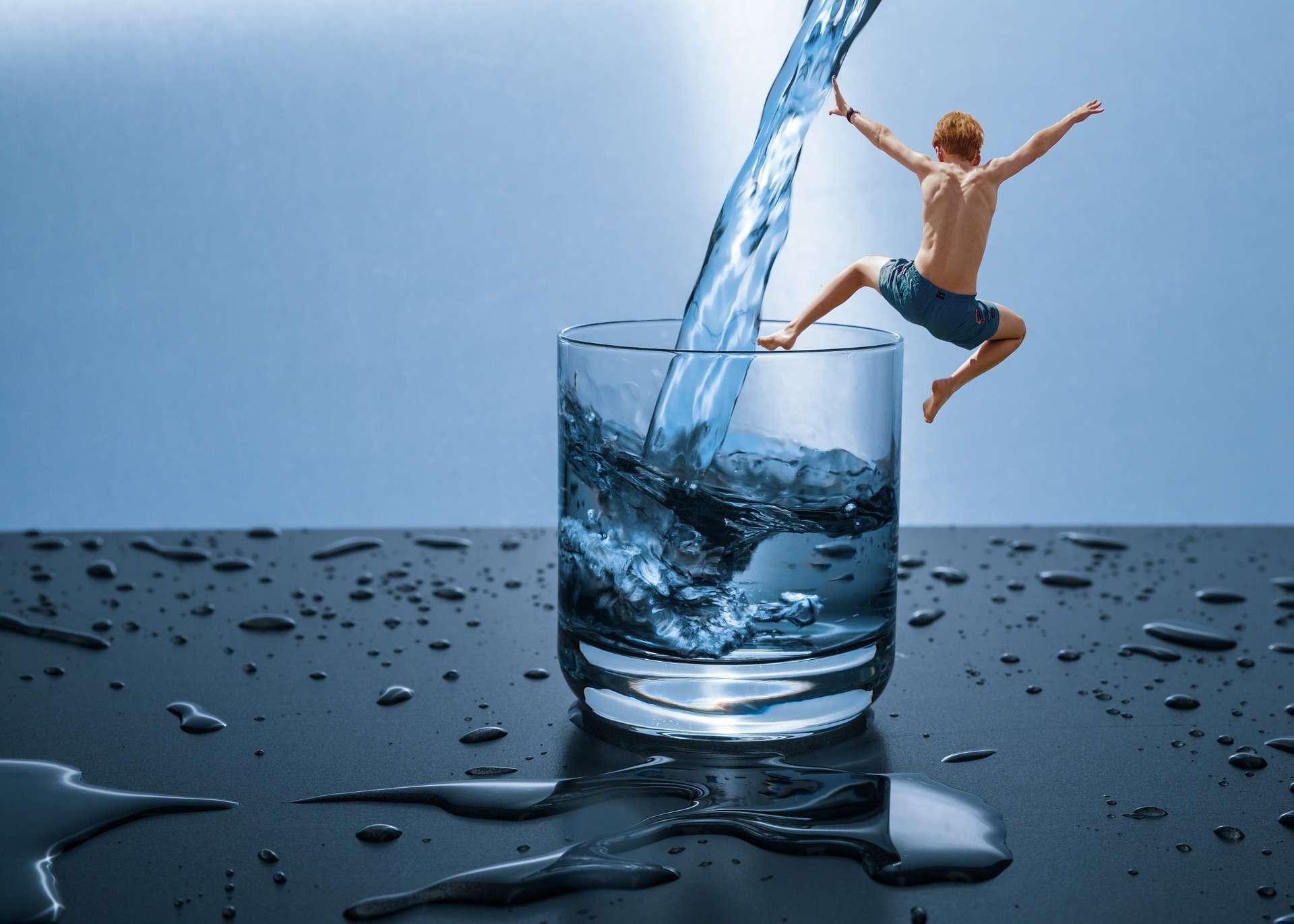 Can You Drink Too Much Water?

By InBody USAApril 3, 2019No Comments

You probably can’t count the number of times you’ve been told to drink lots of water, stay hydrated, drink before you get thirsty, etc. — especially when you’re exercising. And at face value — and further — this is solid advice. Your body needs water to perform its basic functions, the sweat you lose when you exercise needs to be replaced — you get the picture.

But what about the opposite end of the spectrum? Is it possible to drink too much water in a day? Is that a thing?

Well, the short answer is actually yes. If you drink too much water, you can cause sodium (salt) levels in your body to be diluted to a dangerously low level, disrupting your electrolyte balance– and that can have serious effects on your health if not corrected.

But how do you get to that point? Why? How much water is too much?

How much water do you actually need? 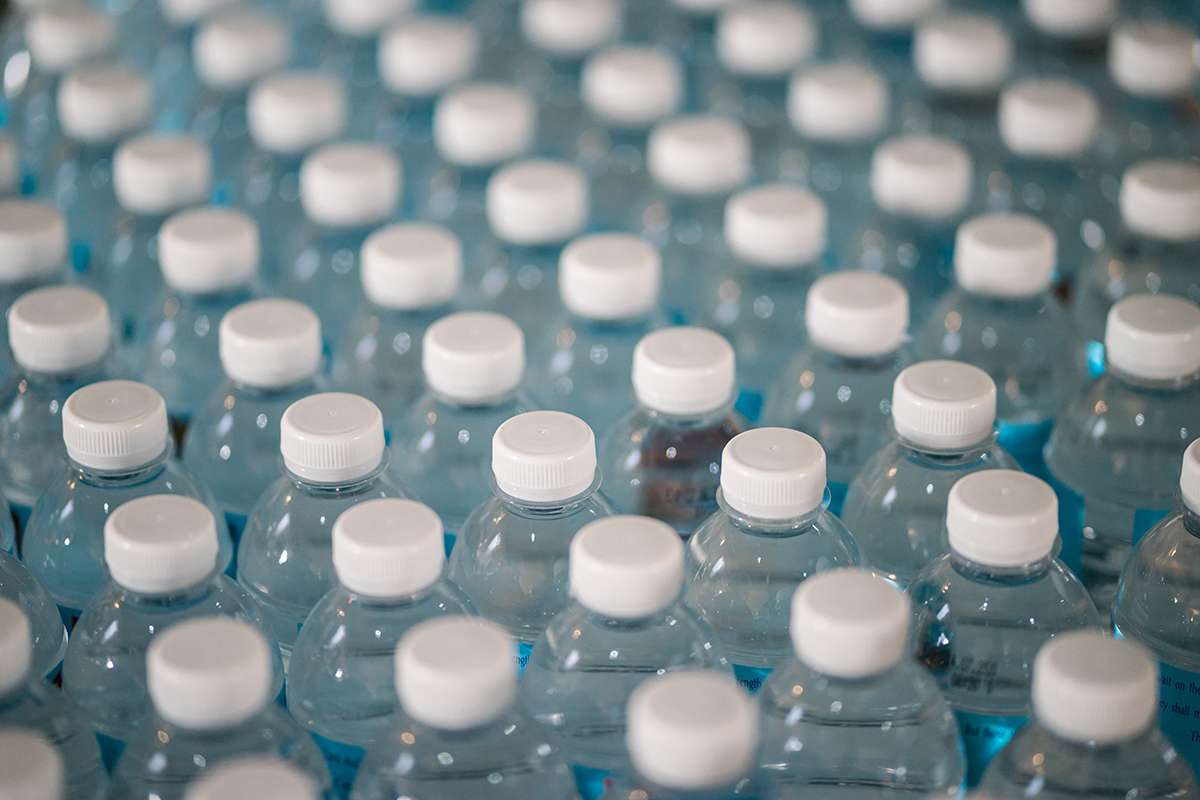 Before you dive into the details — and they get a bit heavy — take a minute and review the relationship between water and your body. Firstly, alongside food and oxygen, water is important to survival. With as much as 60% of your total body weight coming from water, it’s actually the principal element making up you.

Water helps you regulate your body temperature (think sweating), helps to transport nutrients through your bloodstream, flushes waste out through urine, and acts as “padding” for all of your organs — just to name a few functions. Water has its fingers into literally every part of your body, from the cell-level up — it’s so important that if you don’t drink enough, the effects can be lethal in just days.

When you don’t drink enough water, you get dehydrated. Even mild dehydration can make you feel tired, reduce your cognitive awareness, and decrease your exercise performance. And as already mentioned, severe dehydration can kill you.

But keep in mind, these recommendations are for ordinary individuals going about their regular day to day — not athletes or exercising people. So that being said, you may need to increase your intake of water when you are exercising intensely and in hot or humid weather. Pregnant or breastfeeding women may also need to increase water intake, as hydration needs differ. 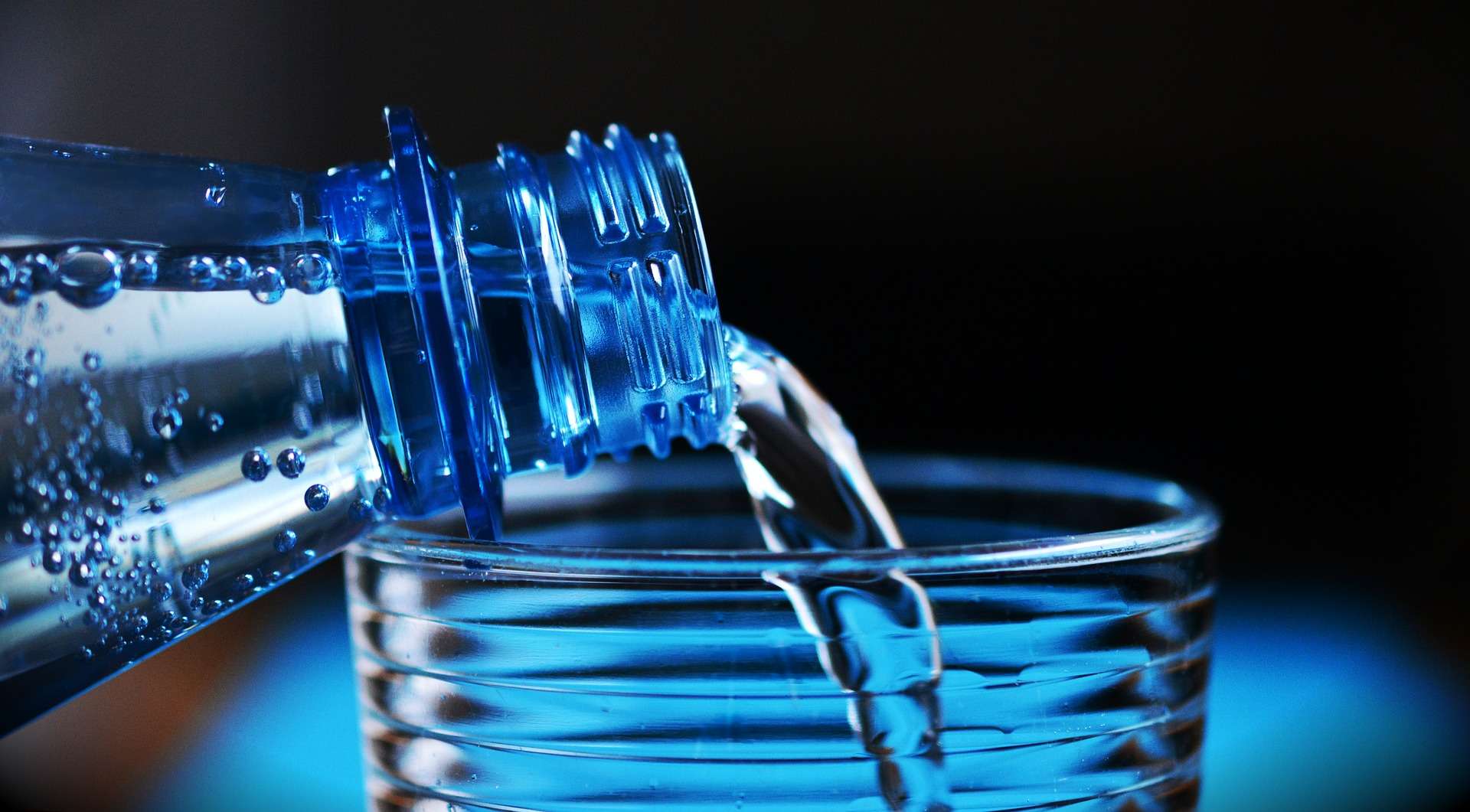 In 2003, a 64 year-old woman was found dead in her home. The night before she passed, she drank water in tremendous quantities — an estimated 30-40 glasses, interspersed with repeated vomiting. She became increasingly disoriented and distressed, yelling about how she had not drank enough water. After declining to obtain medical attention, she went to bed and died at some point during her sleep.

Given that the woman had no relevant previous medical history, a postmortem exam was performed 6 hours later. Blood toxicology ruled out many causes of death, and it was ultimately determined that she had died of “hyponatremia as a result of acute water intoxication.”

Another study was performed on ultradistance triathletes. Included in this study were 605 of 660 athletes who had entered into a New Zealand Ironman triathlon. Prior to the race, they were weighed and had blood drawn for a measurement of their blood plasma sodium concentrations. The lab results of just 330 of the race finishers was available following the conclusion of the study.

There are many other cases that can be reviewed — but the answer is clear and concrete: you can drink too much water.

How does this happen?

Wait, so how does that work? To understand that, you need to know how your body handles water, salt, and waste materials.

Normally your kidneys act as “filters” of waste material. Your blood is carried to your kidneys by way of the renal arteries. As it passes through the kidneys, excess fluid and waste material is removed by little units called nephrons. Some of these materials being filtered include things like sodium, among others. Whatever your body still needs is reabsorbed into the bloodstream — the rest is sent to your ureters to be removed in your urine.

But, when you drink fluids in excess, you can overwhelm your kidneys’ ability to excrete it all. This leads to your body retaining fluid and causes something called hyponatremia — don’t worry about that term right now — it’ll be discussed shortly. If you have pre-existing kidney problems, your kidneys are at an even greater risk for this condition, and you may be more susceptible.

When you overwhelm your body’s ability to excrete the water and waste products you take in, you develop water intoxication — the same condition that killed the 64-year-old woman mentioned earlier. Water intoxication causes disturbances in the electrolyte balance of your body, causing a life-threatening condition known as hyponatremia. With a rapid decrease the sodium levels in your blood, relative to the amount of water, symptoms can quickly develop:

So what is ‘hyponatremia?’ 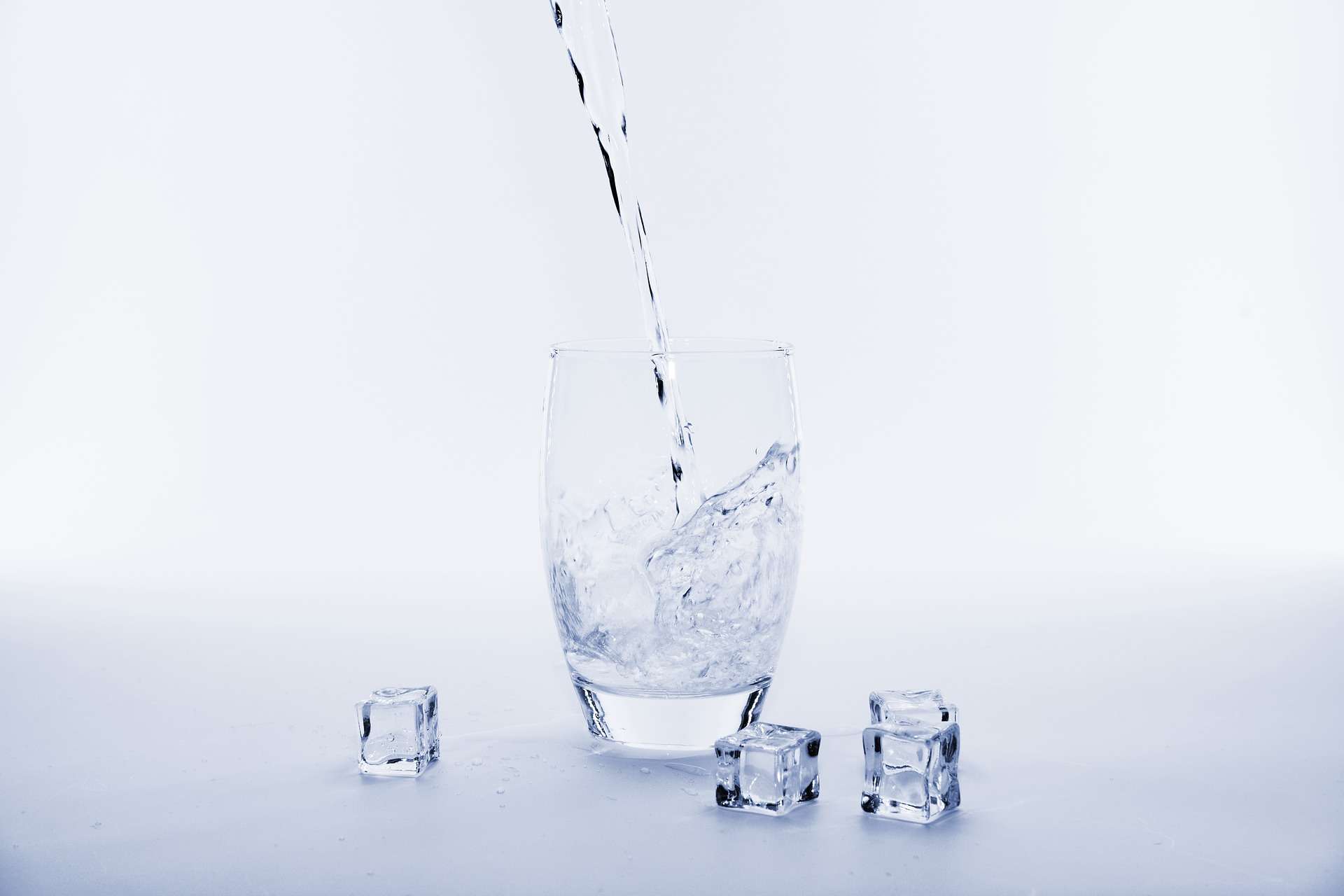 Now that it’s been mentioned several times, what’s hyponatremia? Essentially, it’s a low salt concentration in your body and is the most frequent dyselectrolytemia, or abnormal electrolyte disorder. It’s classified quantifiably as a decrease in serum sodium concentration of below 136 mmol/liter of blood.

But it’s not just a problem of “low sodium” — you don’t typically get hyponatremia by not eating enough salty foods. Hyponatremia is a relative disorder — the amount of sodium in comparison to the amount of water. There are actually 3 primary types of hyponatremia, each with different typical causes:

Euvolemic hyponatremia can also be called dilutional hyponatremia, and is the kind we’re talking about. It’s typically caused by polydipsia — excessive thirst, causing you drink more water than normal. But again, this can also happen as a result of thinking that you can’t drink too much.

The ordinary treatment is to treat the cause — often diabetes, mental illness, or brain injury.

Hypervolemic hyponatremia occurs when both water and salt increase, but the water increase is relatively greater than the sodium. It usually happens as a result of health issues that cause water and salt retention, like heart failure or cirrhosis.

In those cases, treatment is usually fluid restriction and administering a diuretic, a medication that forces fluid to be excreted through urination, to remove body water.

This type of hyponatremia happens when sodium-containing bodily fluids are lost — think vomiting and diarrhea during prolonged illness. It can also happen with some kidney disease and prescribed medications — like those diuretics mentioned earlier. Treatment varies by severity, but involves replacing both the fluid and sodium lost through administration of medications like 0.9% Normal Saline. 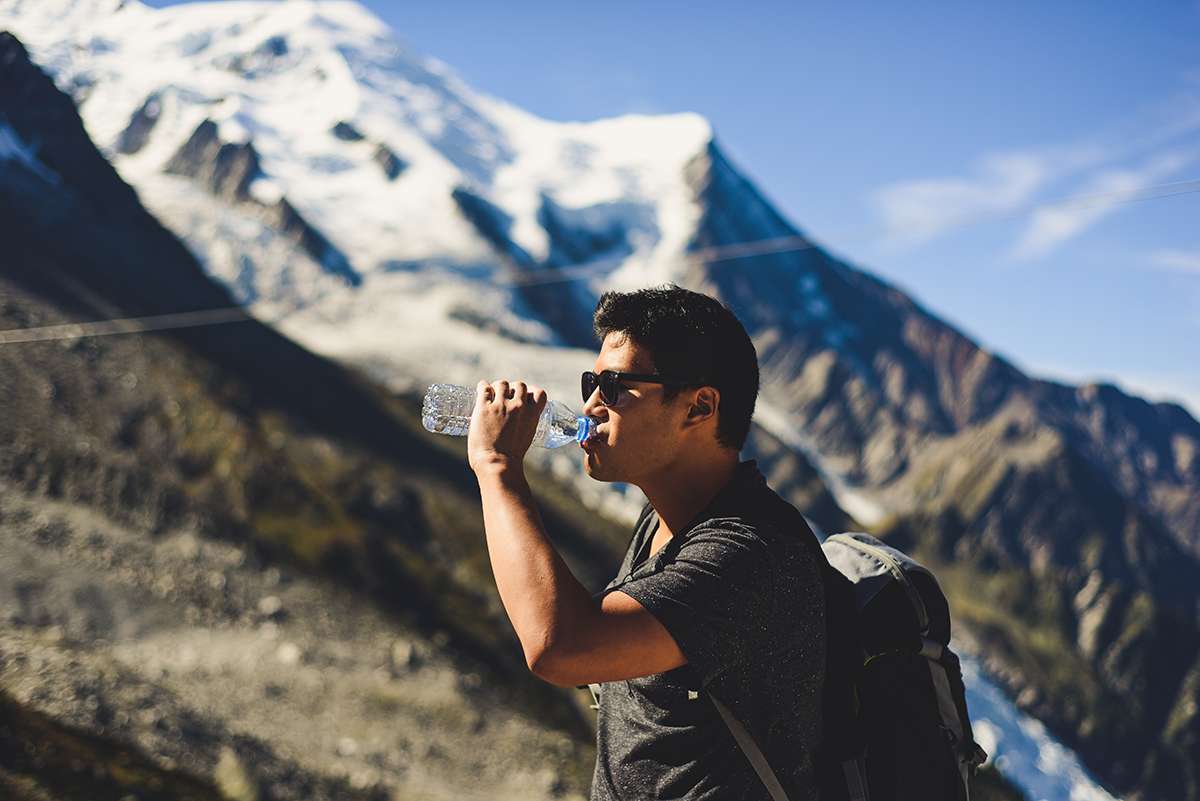 So since it’s been established that you can drink too much water — with potentially deadly consequences — how can you can avoid it? Drinking enough water, but not too much, is relatively simple:

Likewise, there are a few things you can keep an eye on as simple “markers” to determine if you’re drinking enough: if you aren’t thirsty (or often thirsty) or if your urine is colorless or faintly yellow — you’re likely drinking enough water.

Despite common knowledge, it is possible to overhydrate. This can lead to as little as some confusion, to as far as coma or death. But, simple measures can be taken to ensure that you are both:

Essentially, listen to what your body is telling you. Water consumption is important to your overall health, and thus your body composition goals. Drink whenever you get thirsty, drink enough to support your activity levels — but don’t “over-drink.” You’ll thank us later.